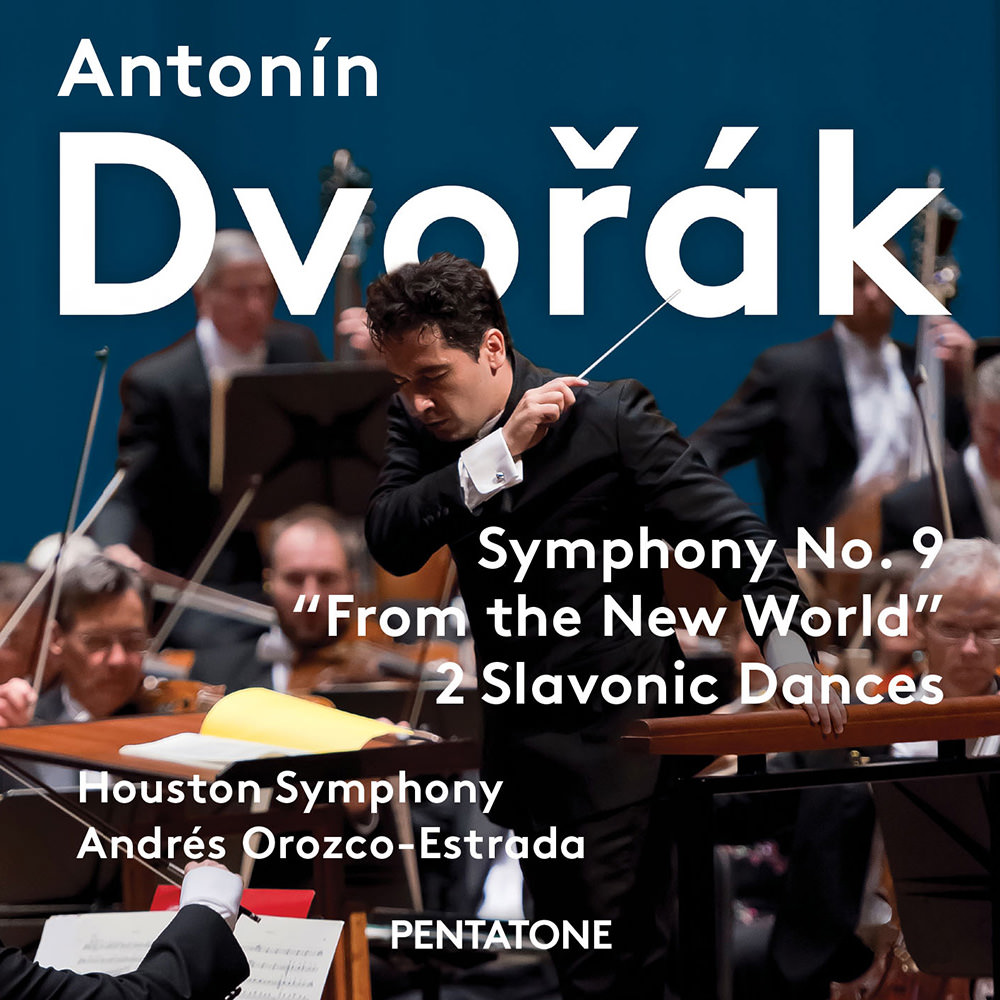 Antonín Dvořák: Symphony No. 9 "From the New World" & 2 Slavonic Dances

Available in 96 kHz / 24-bit AIFF, FLAC and 2.8224 MHz DSD high resolution audio formats
One of the most distinguished conductors of his generation, Andrés Orozco-Estrada leads the Houston Symphony on their third volume of Dvořák symphonies. The New World Symphony is among the most successful and distinctive symphonies ever written and it loses none of its drama or appeal on repeated playing. Inspired by American spirituals and Henry Longfellow’s epic poem The Song of Hiawatha, Dvořák's infectiously tuneful work with its brilliantly colourful orchestration and rhythmic verve has its creative wellspring in the composer's own homesickness. From beautiful, wistful melodies to unfettered exuberance and glorious, sustained climaxes, this extraordinary symphony has it all. The evergreen Slavonic Dances, of which two are heard here, have proved to be equally popular with audiences. Responsible for establishing Dvořák's international reputation, these utterly charming pieces overflow with catchy, appealing melodies, their freshness and simplicity concealing their artful construction.
96 kHz / 24-bit PCM and 2.8224 MHz DSD – PentaTone Studio Masters