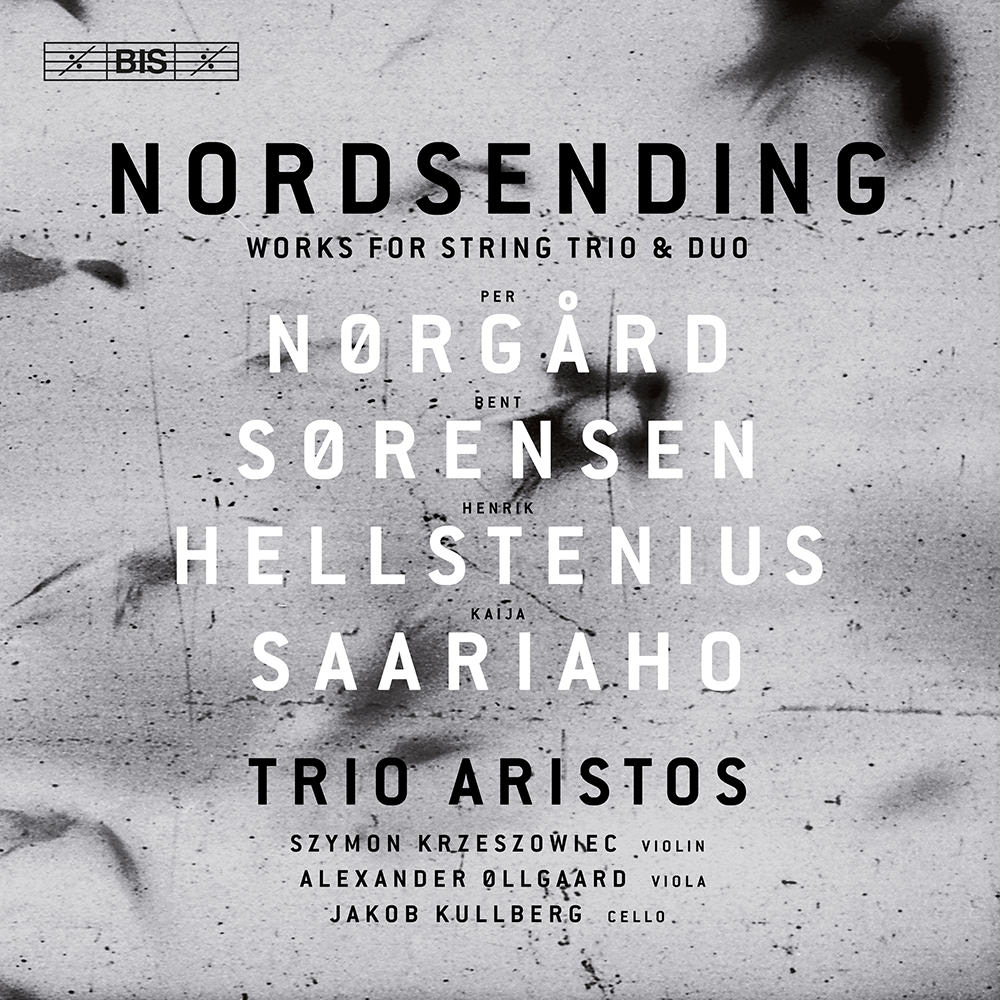 Nordsending was the name given by southern Norwegian people of the late Medieval and early Modern periods to magical attacks from the sorcerous sub-Arctic and Arctic, the "broadcast from the north." Other peoples had other names for it, but they all understood it similarly as the invisible medium through which splinters of iron, stone arrowheads and little mice were shot into the bodies of the healthy by Northern witches. With this programme of string trios and one duo by four Nordic composers, Trio Aristos has devised a Nordsending of its own, thoroughly contemporary but equally magical. The members of the ensemble have in various combinations teamed with each of the composers here, most extensively with Per Nørgård, the grand old man of Danish music, who is represented with three works.
44.1 kHz / 24-bit PCM – BIS Studio Masters