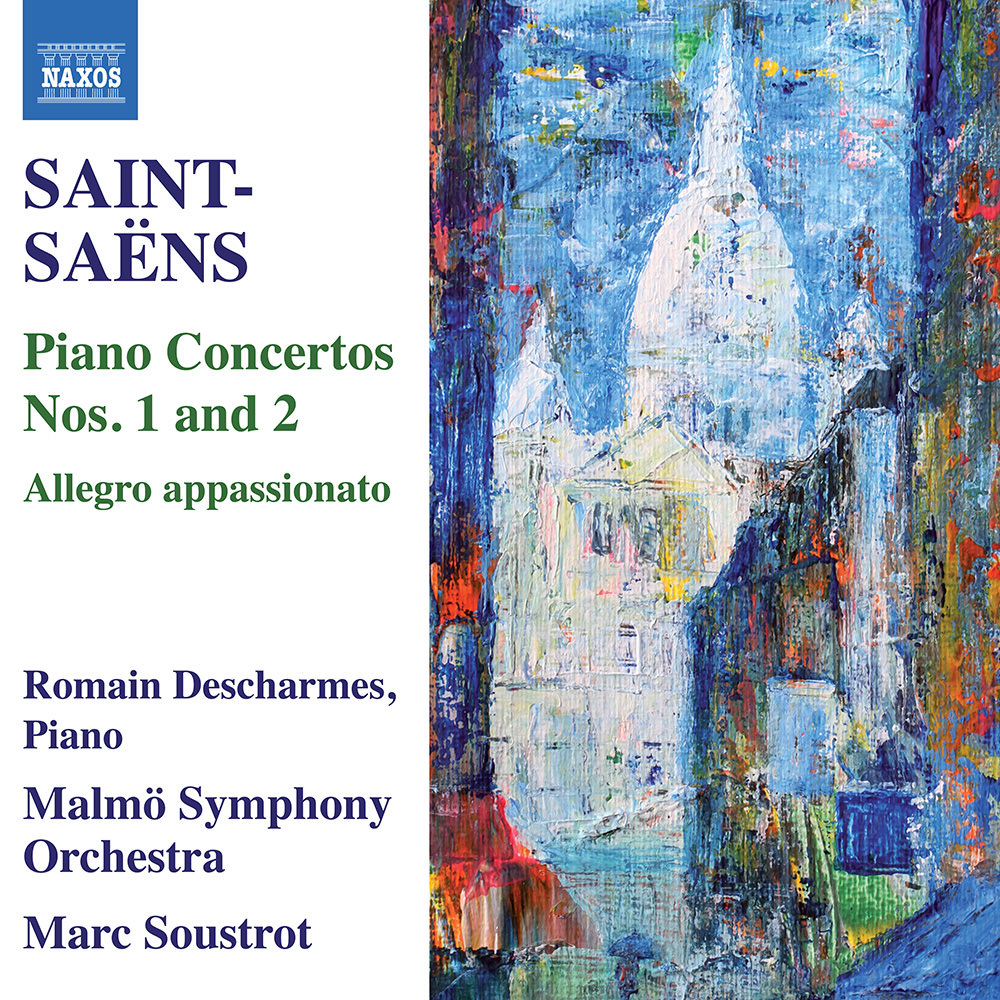 Available in 96 kHz / 24-bit AIFF, FLAC high resolution audio formats
Pianist Romain Descharmes and the Malmö Symphony Orchestra present two concertos by Saint-Saëns, both immortal in the canon of French romantic composers. Spanning almost four decades, his five piano concertos vary widely in character but offer some of his most exciting if unorthodox creations and represent an important evolutionary phase in the French piano concerto. The Piano Concerto No. 1, widely considered the first by a major French composer, is a youthful and exuberant piece while the virtuosic Piano Concerto No. 2 is one of Saint-Saëns’s most popular and frequently performed works in any genre.
96 kHz / 24-bit PCM – Naxos Studio Masters