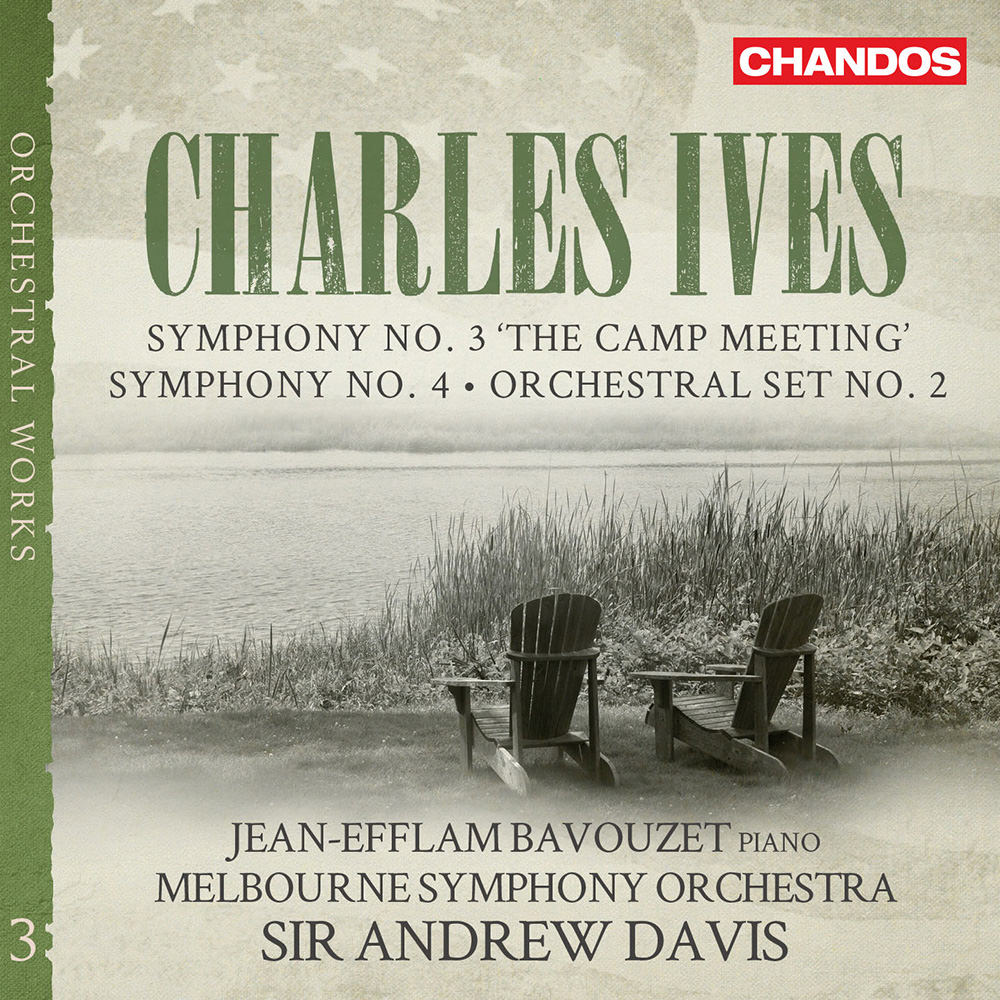 Available in 96 kHz / 24-bit AIFF, FLAC high resolution audio formats
"Four Stars ... (Davis) focuses the music’s muscularity and its astonishing changes of perspective and mood with total assurance. Capturing all the teeming ideas is as much of a challenge for sound engineers, too, but this recording, with the solo piano, played by Jean-Efflam Bavouzet, more than usually prominent, teases everything out with marvellous clarity ..." - The Guardian On this third volume in a globally popular Charles Ives series from Sir Andrew Davis and his Melbourne Symphony Orchestra, Jean-Efflam Bavouzet takes on the challenge of the solo piano part in the Symphony No. 4. The work is famous for its ubiquitous difficulties, not least the apparent impossibility of realizing many of the composer’s creative intentions in a live performance, as evidenced by the 40 pages of background discussion and practical advice to conductors that introduce the published score. The symphony is complemented here by the less-often-performed triptych Orchestral Set No. 2 and the Pulitzer Prize-winning Symphony No. 3.
96 kHz / 24-bit PCM – Chandos Studio Masters