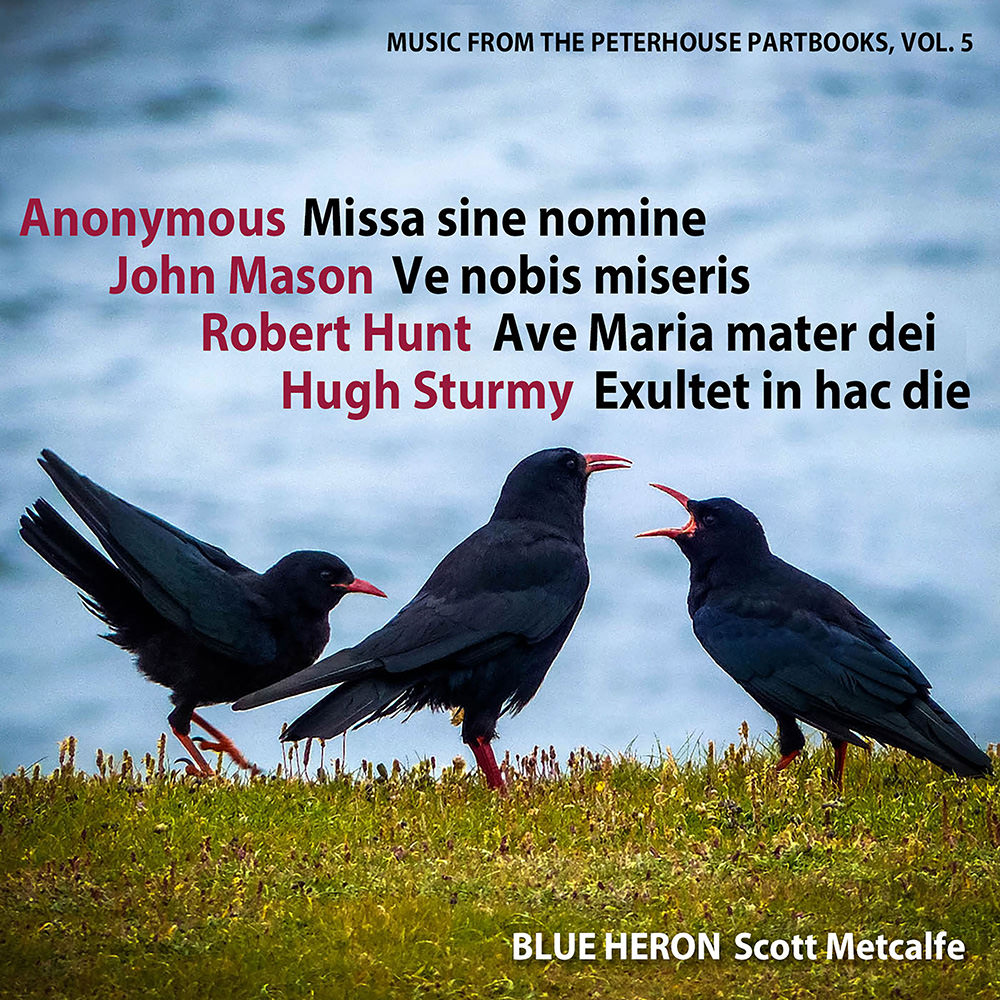 Music from the Peterhouse Partbooks, Vol. 5

Available in 44.1 kHz / 24-bit AIFF, FLAC audio formats
The Boston-based ensemble Blue Heron concludes its acclaimed series Music from the Peterhouse Partbooks with this fifth volume, containing the world premiere recording of a Mass by an anonymous English composer from the first half of the 16th century. Since the source of the cantus firmus has never been identified, the Mass remains without a name (Missa sine nomine). The album also includes an antiphon addressed to St. Augustine of Canterbury which is the only surviving work of Hugh Sturmy, a short and dramatic Ave Maria mater dei by Robert Hunt and the sonorous and captivating Ve nobis miseris by John Mason for men’s voices in five parts.
44.1 kHz / 24-bit PCM – Blue Heron Studio Masters