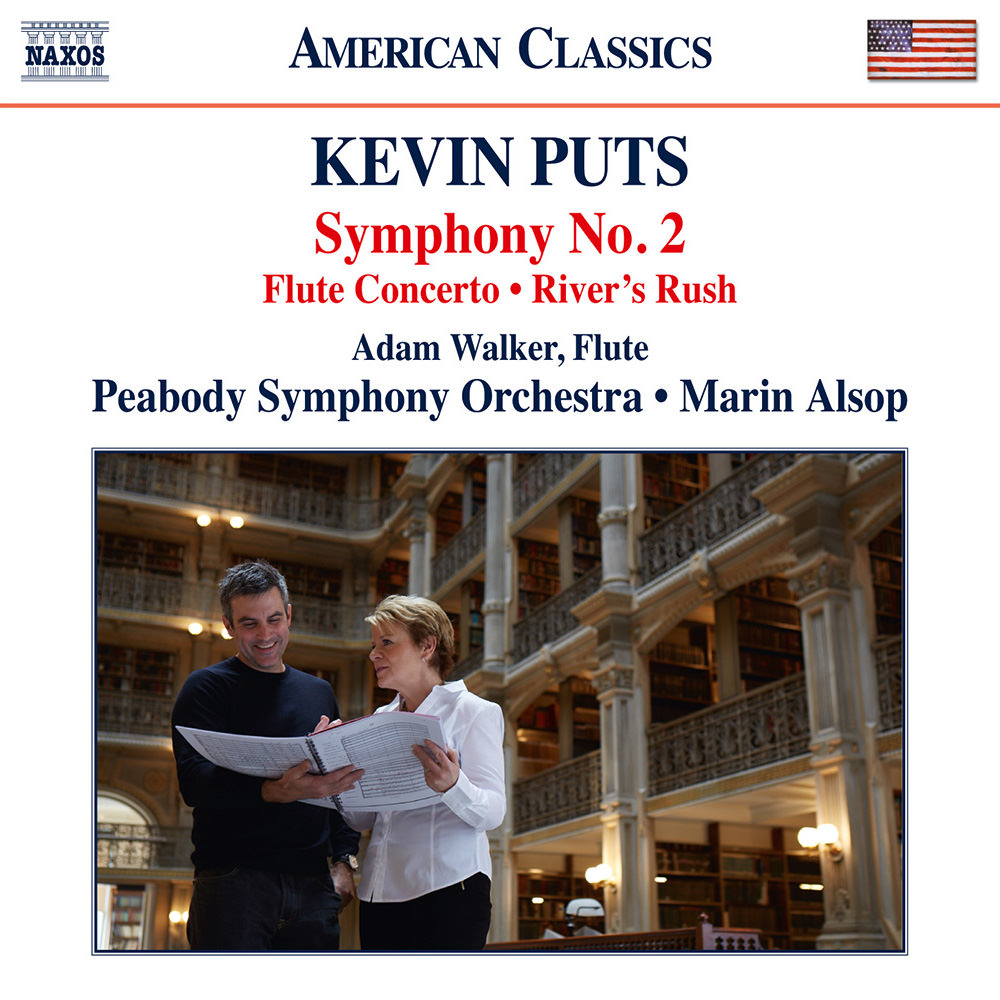 Available in 44.1 kHz / 24-bit AIFF, FLAC audio formats
"Four Stars ... movingly performed under the direction of Marin Alsop ..." - BBC Music Magazine "Four Stars ... accessible and emotional. If you haven’t heard his music, this disc will make a fine introduction. The Peabody Symphony plays effortlessly and the recording is nicely balanced and dynamic. Puts is a composer worth following and I recommend this disc." - Audiophile Audition "I enjoyed this disc very much. All the music is accessible, appealing and well-imagined for the orchestra ... the orchestra of the Conservatory certainly do him proud; their playing is very good indeed ... here they are clearly galvanized by Marin Alsop, who, on the evidence of this and her previous recording, appears to be something of a champion of this composer. The engineering is by members of the Peabody’s own Recording Arts Department and they’ve done an excellent job." - MusicWeb International The Peabody Symphony Orchestra makes its major label debut under the baton of Marin Alsop on this programme of world premieres by Pulitzer Prize winner Kevin Puts, now at the forefront of contemporary American composers. His powerfully conceived Symphony No. 2 is a musical illustration of the events of 9/11 and traces a movement from unsuspecting bliss and rhapsody through violent upheaval to a reflective epilogue that contains both uncertainty and hope. Possibly inspired by thoughts of the Mississippi, River’s Rush employs novel harmonies while elegant transparency distinguishes the refined beauty of the Flute Concerto, featuring soloist Adam Walker.
44.1 kHz / 24-bit PCM – Naxos Studio Masters