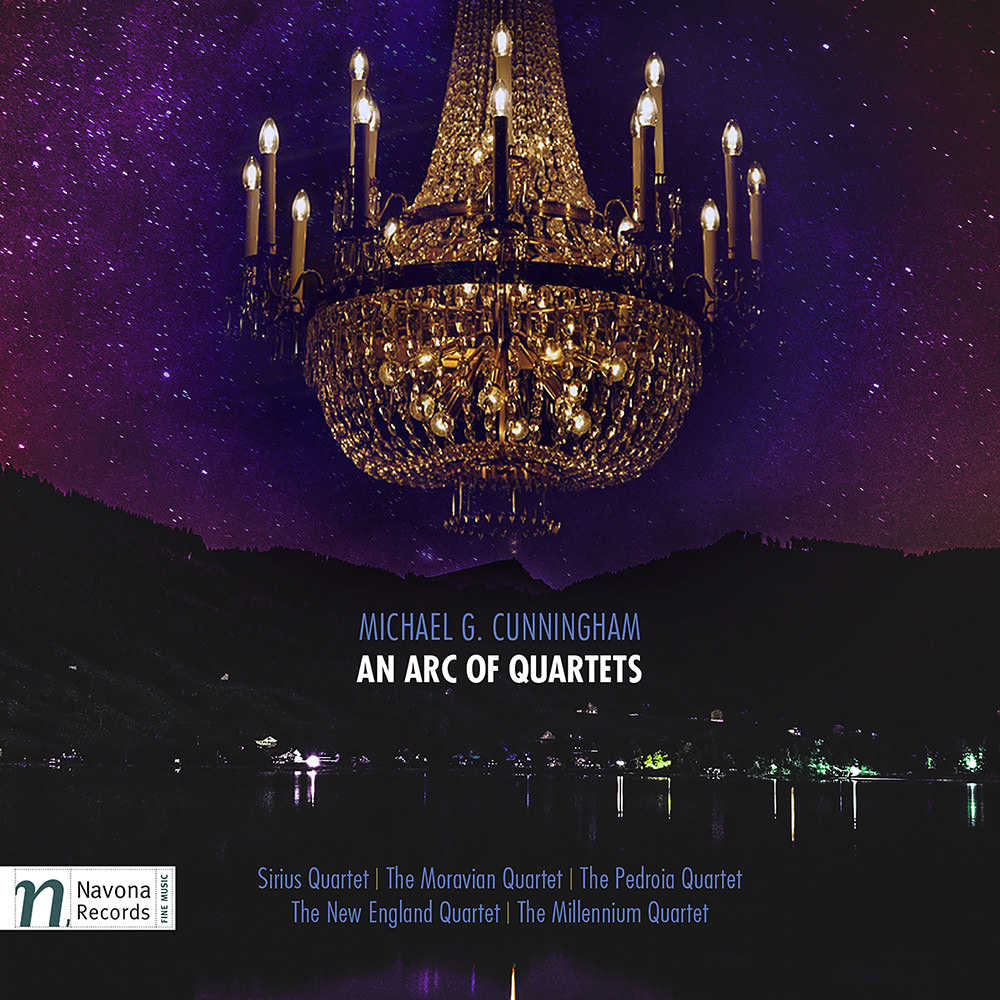 Available in 44.1 kHz / 24-bit AIFF, FLAC audio formats
As the title of this album suggests, An Arc of Quartets is a unique continuum of intricate and inviting string music by American composer Michael G. Cunningham. Performing the seven pieces are five renowned international string ensembles, including the Sirius Quartet from New York, the Moravian Quartet from the Czech Republic, the Millennium Quartet from Florida and the Pedroia Quartet and New England String Quartet, both from Massachusetts. Each group presents the hallmarks of Cunningham’s style of string writing, defined by a focus on rhythm, melody and texture, as well as his gentle, yet often dissonant, harmonic language. Although these quartets contain a wide range of sounds, Cunningham maintains a reliable attraction to tense, lyrical melodies and energetic rhythms. One specific string effect that pervades is the glissando, or slide sound, produced easily on string instruments.
44.1 kHz / 24-bit PCM – Navona Studio Masters