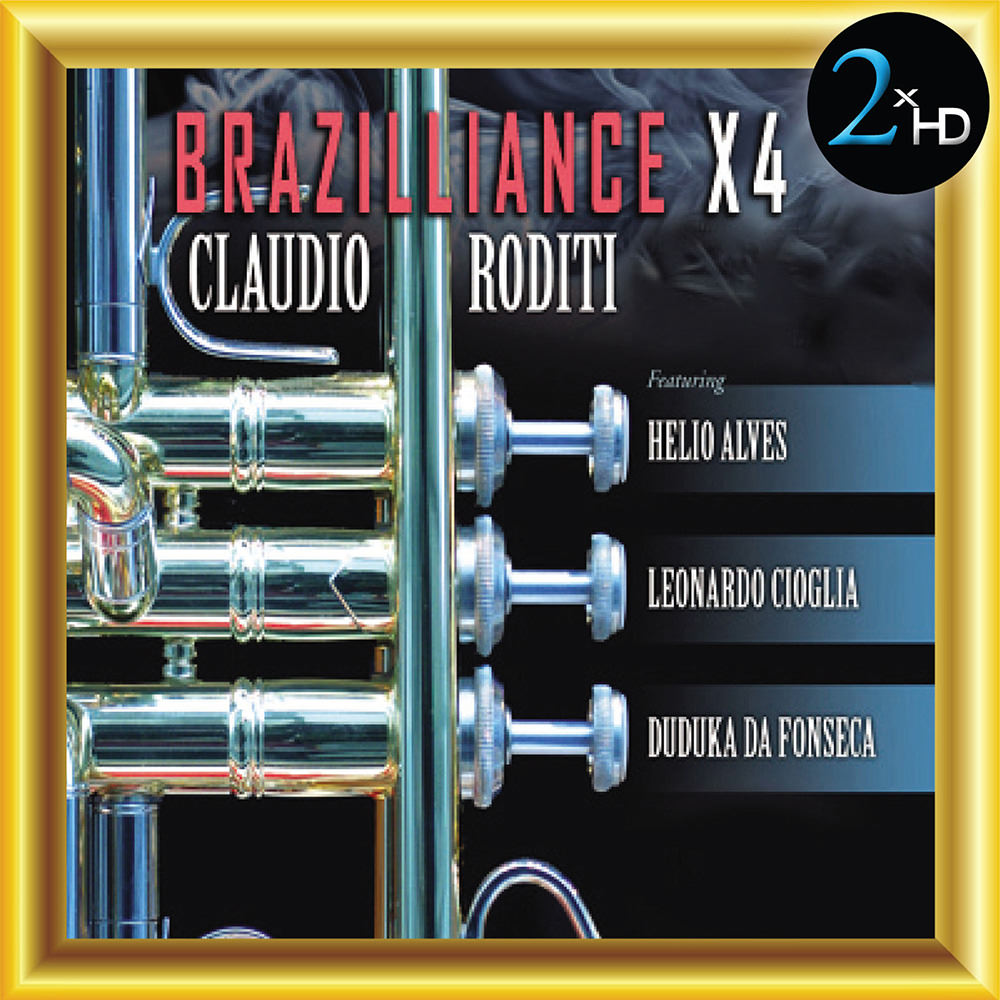 Available in 44.1 kHz / 24-bit AIFF, FLAC audio formats
"Stellar jazz project...warm horn sound...deliciously articulated solos" - Billboard This Rio born trumpet and flugelhorn player has been on the US jazz scene since studying at Berklee in 1970. Often overlooked among the top players, Claudio has lived in New York for 30 years. He is known for his warm, fluid sound combining post-bop and Brazilian elements. A Grammy nominee, he has recorded a dozen albums as a leader. He has played with Herbie Mann, Charlie Rouse, Paquito D'Rivera and Dizzy Gillespie's United Nations Orchestra. This swinging and sensual date features the legendary drummer Duduka da Fonseca and pianist Helio Alves. On this recording, Claudio performs a number of originals and lesser known gems from the Brazilian repertoire.
44.1 kHz / 24-bit PCM – 2xHD Studio Masters

2xHD is a record label which uses its proprietary system to process music masters originally recorded in analog or DSD or other format, to DSD in order to produce a unique listening experience. The process uss a selection from a pool of high-end audiophile omponents and connetors. In some cases even using battery power, so as to benefit from the cleanest power source possible. This variable equipment combination custom tailored to each project, creates the most accurate reproduction of the original recording, unveiling informaton previously masked by the use of EQ, transformers, patch bays, extended cable length etc. The selection of components is critical, as many A/D and D/A converters are unable to pierce through these filters that create a eiling effect to the sound. The 2xHD system preserves the dynamics of the original master and proves an open feeling to the sound. 2xHD Mastering by: René Laflamme 2xHD Executive Producer: André Perry