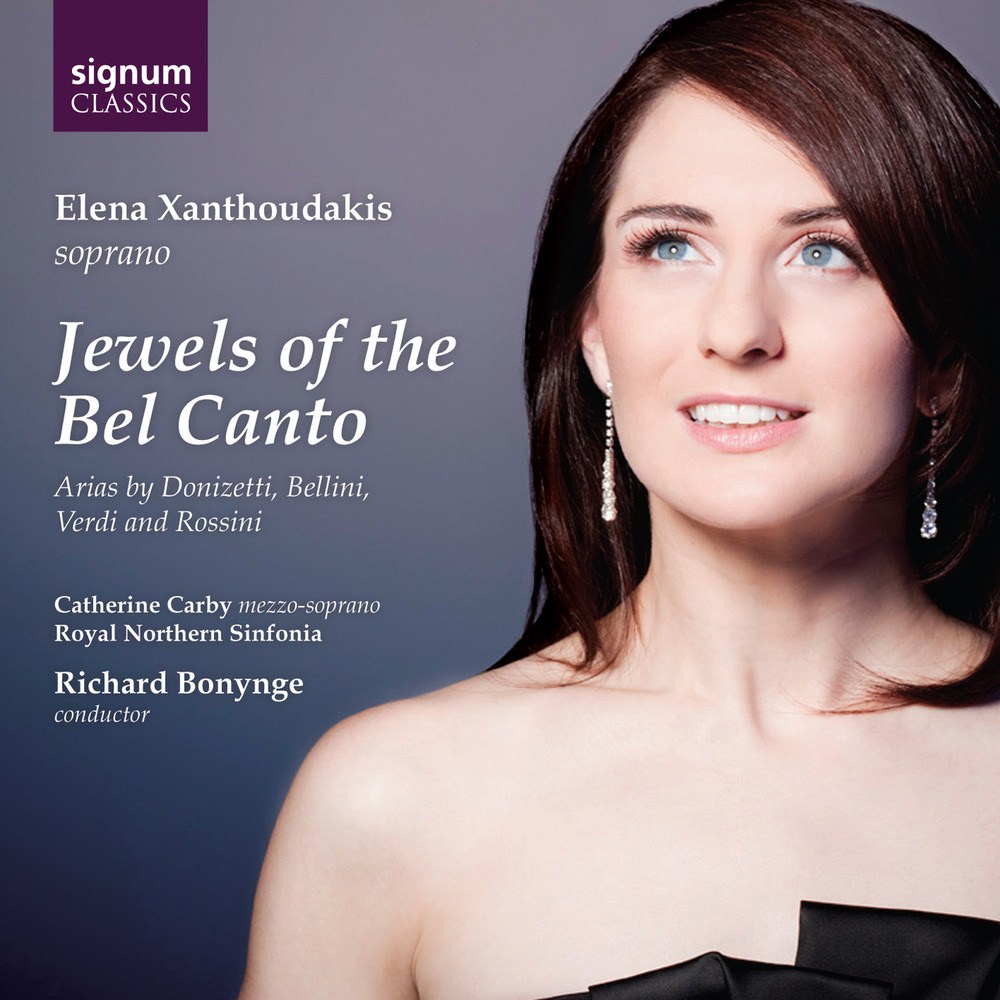 Available in 96 kHz / 24-bit AIFF, FLAC high resolution audio formats
"Refreshing a well-trodden dramatic and musical tradition with more theoretical concepts, she has a particular vivid approach to music-making -- a technique she calls ‘modelling’ -- to help bring the notes off the page and into dynamic life." - Sinfini Music "... Bonynge, so experienced in bel canto operas, draws from the Royal Northern Sinfonia fitting playing, including that of harpist Sharron Griffiths and horn player Peter Francomb ... everything is well recorded ..." - International Record Review Rising star soprano Elena Xanthoudakis is joined by the Royal Northern Sinfonia conducted by renowned bel canto expert Richard Bonynge on this 2014 album. Xanthoudakis presents exhilarating and historically-faithful performances of some true jewels of the bel canto aria tradition by Bellini, Verdi, Rossini and Donizetti. "In selecting the repertoire for the album, I decided to have a balance between well-known favourites and a few more unusual choices. I’ve included arias from Rossini's Mathilde di Shabran and Le comte Ory -- both incredibly virtuosic and fun showpieces for a CD." - Elena Xanthoudakis
96 kHz / 24-bit PCM – Signum Records Studio Masters