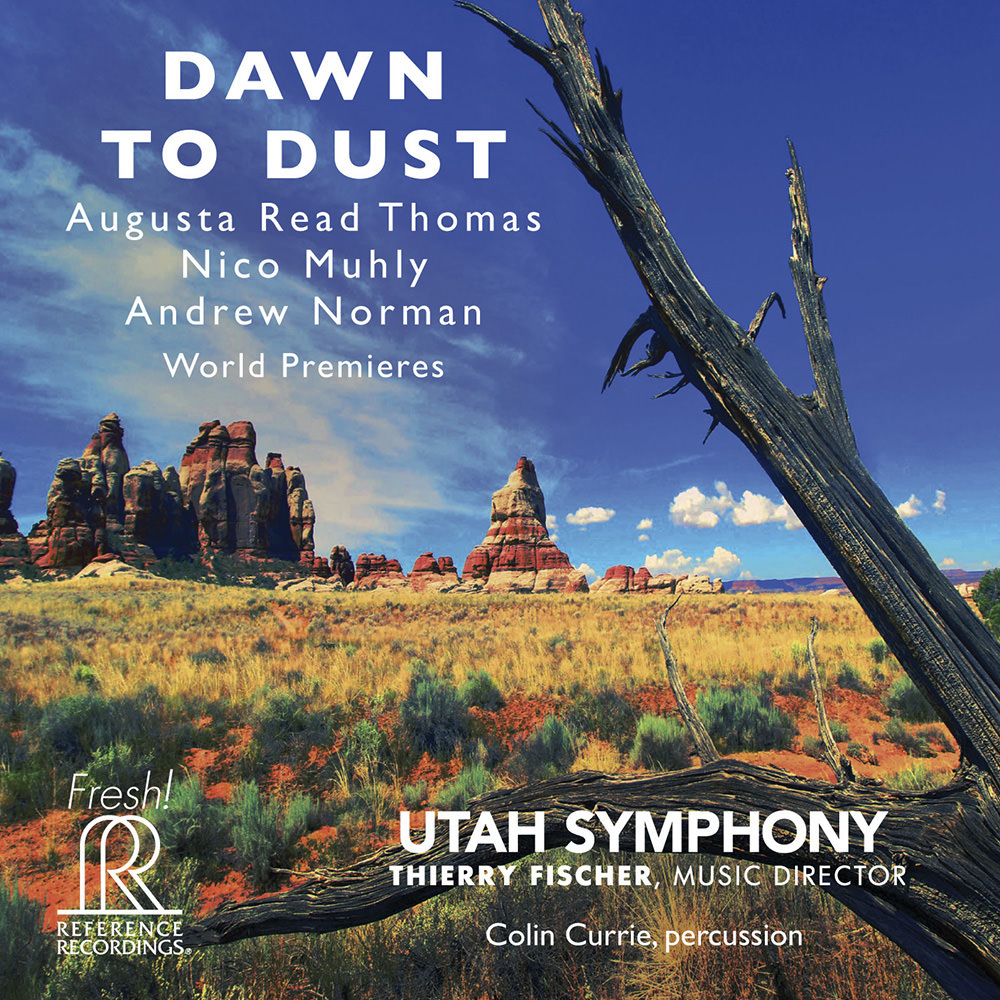 "This disc comes from the revered Reference Recordings label and as is no surprise, it is of reference quality ... will be of interest to contemporary classical fans, or those searching for something new and unique. I enjoyed the disc and the recording is of very high quality ... excellent sound ..."
- Audiophile Audition

"Prediction: The visionary new music, system-testing percussion and virtual rainbow of colours ... guarantee that it will become a hit among music-loving audiophiles ... inventive genius that courses through the recording’s three compositions ... is, in and of itself, enrapturing, formidable and breathtaking ... spectacular colouristic and percussive effects captured by the Soundmirror engineering team ... (the most spectacular piece of the lot, Norman’s Switch), showcases the phenomenal percussionist Colin Currie, as well as the orchestra’s percussion ensemble."
- Stereophile