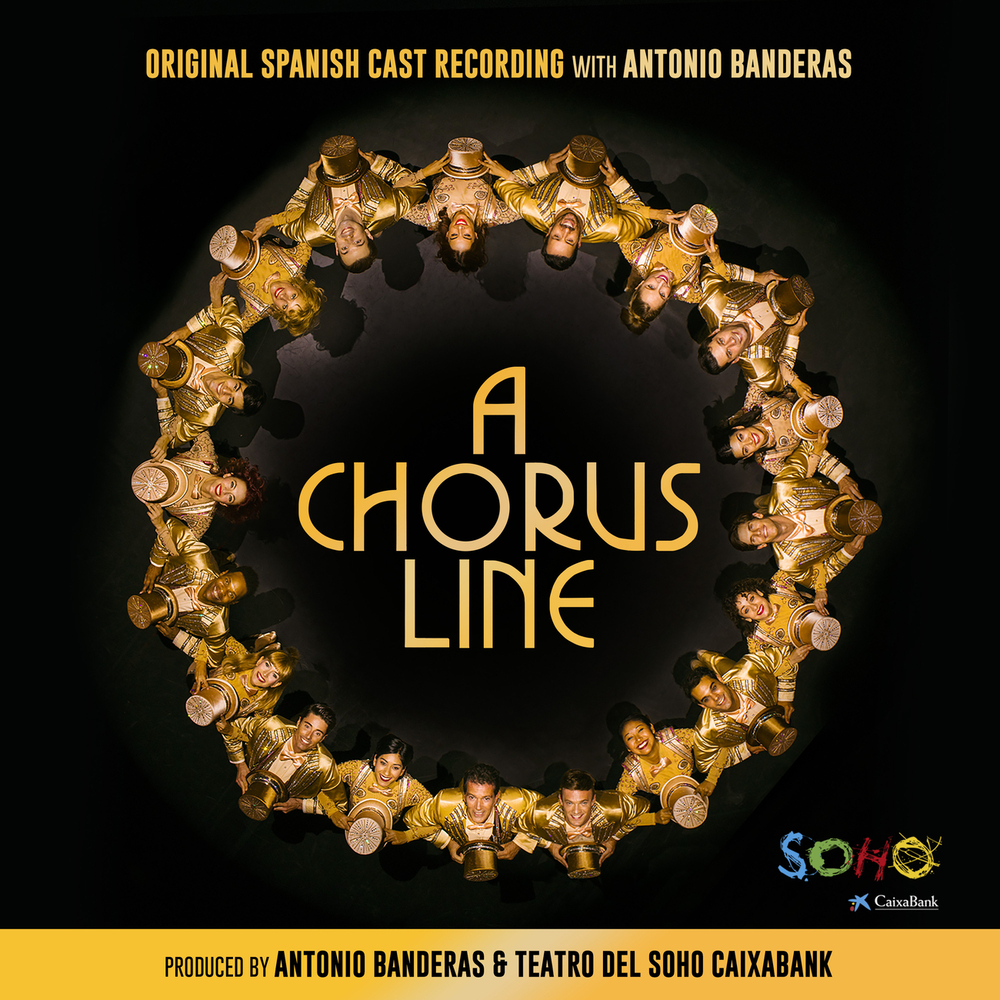 Available in 48 kHz / 24-bit AIFF, FLAC audio formats
Craft Recordings / Concord Theatricals releases the cast album of Antonio Banderas, Teatro del Soho CaixaBank and John Breglio’s acclaimed Spanish production of A Chorus Line, the first-ever Spanish language recording of the iconic musical. The album includes a special bonus track featuring Tony Award® winner Laura Benanti, who starred opposite Banderas in the Tony Award-winning 2003 Broadway revival of Nine, singing “What I Did For Love” in Spanish. Banderas produced, co-directed with Baayork Lee, and starred as Zach in A Chorus Line, which first played at Teatro del Soho CaixaBank in Malaga, Spain in 2019 and is now touring Madrid at Teatro Calderón through April 17, followed by a run in Barcelona at Teatro Tívoli from April 23-May 29. The production was a finalist in the category of Best Musical Show at the 2020 MAX Awards. Banderas said, “The past two years have given all of us a deeper appreciation for the performing arts. A Chorus Line celebrates the perseverance of artists and the singular joys of this cherished artform. I’m thrilled we now get to share the music of this production with the world. Being able to release the first ever Spanish-language recording of A Chorus Line is momentous and I hope everyone will cherish this recording.”
48 kHz / 24-bit PCM – Craft Recordings Studio Masters