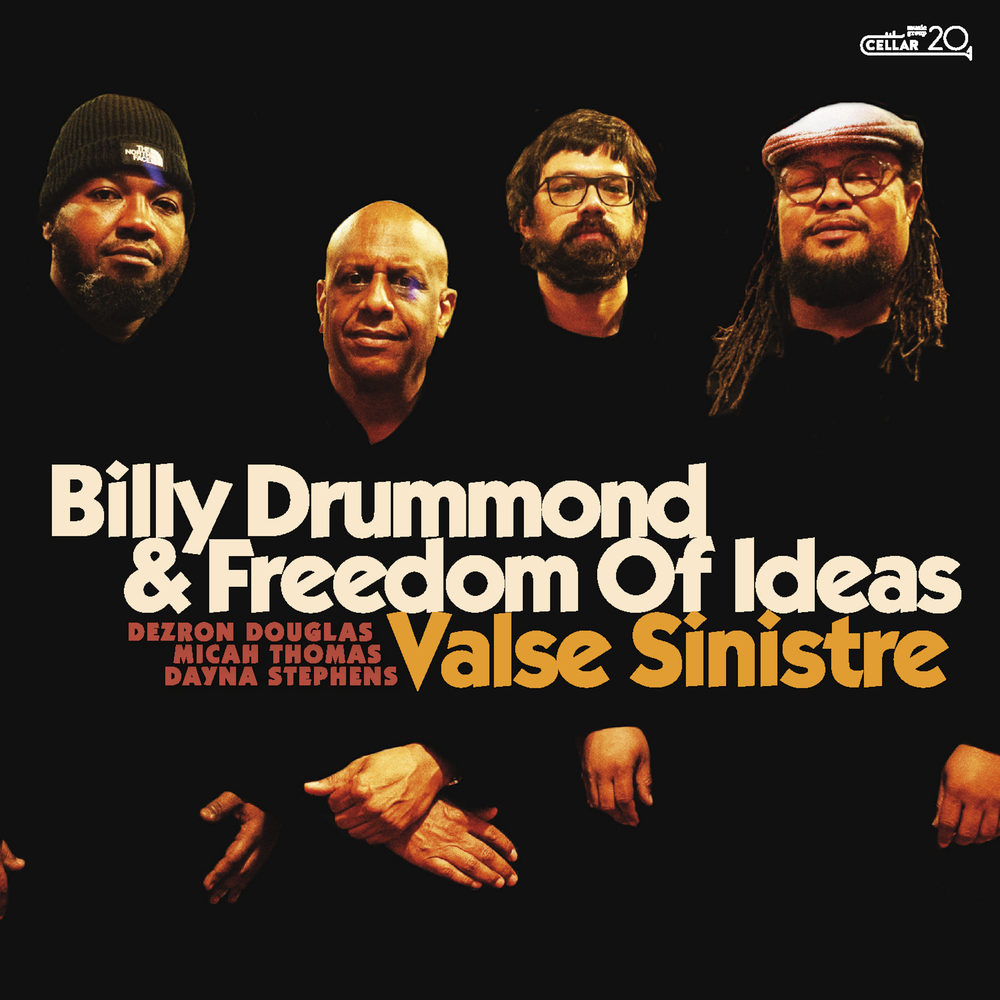 Available in 96 kHz / 24-bit AIFF, FLAC high resolution audio formats
“[Drummond] has led compelling straight-ahead combos of his own since the early 1990s, propelling them with his lucid swing feel and his ear to the broader shape of a song” — The New York Times “Drummond carves things with his own flourish” — DownBeat “Drummond plays with a quiet authority, akin to the radiant strength of someone who can command the attention of a room without saying a word” — JazzTimes Acclaimed drummer and composer Billy Drummond spotlights his eclectic tastes on his brand new Freedom of Ideas quartet release Valse Sinistre. A major release for Drummond, this is his first album as a leader since his 1996 cult hit, Dubai, which was named the top jazz album of the year by critic Peter Watrous in the New York Times, and was recently chosen as one of the “50 Crucial Drumming Recordings of the Past 100 Years” by Modern Drummer magazine. On Valse Sinistre, the drummer of creative faculty and warmth documents a vibrant iteration of Freedom of Ideas, a fluid ensemble he’s been leading for the past decade. The multigenerational project features Dayna Stephens on saxophones, Micah Thomas on piano and Dezron Douglas on bass. Valse Sinistre is produced by Jeremy Pelt, as part of his ongoing partnership with Cellar Music Group.
96 kHz / 24-bit PCM – Cellar Live Studio Masters