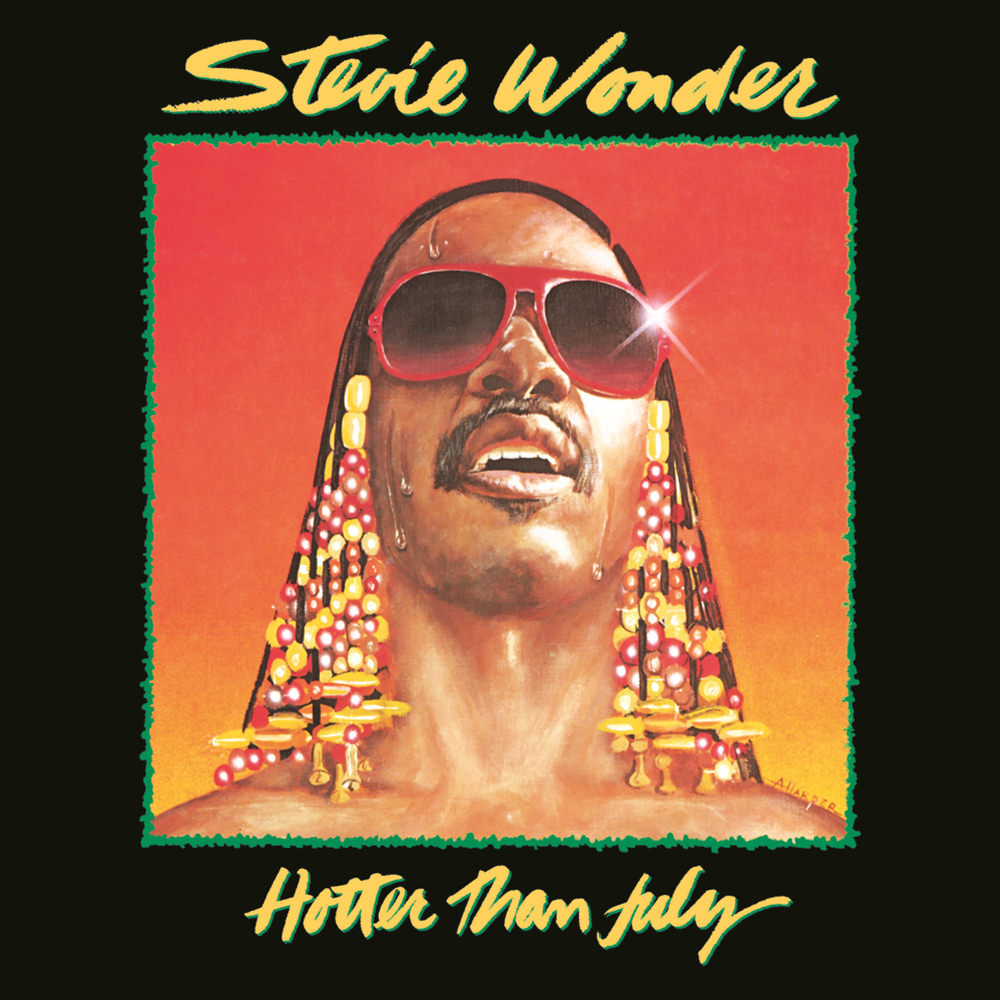 "Between his free-floating melodicism and his rolling overdrive, his hope and his cynicism, he seems more and more like the best thing the '60s ever happened to. A- ..."
- Robert Christgau

"... the artist's blend of pop hooks and African chants, his synthesized expressions of pipe-and-drum tribal dreams and his powerful vocal mixture of baby talk, galloping gospel singing and flowery melismata all add up to a unique musical style that goes far beyond words in conjuring a natural world one step removed from paradise. Stevie Wonder remains our most gifted pop muralist."
- Rolling Stone

Hotter Than July is Stevie Wonder's follow-up to the soundtrack from the documentary The Secret Life Of Plants , which was a rather unusual, mostly-instrumental album. The more typical pop material on Hotter Than July including the reggae-tinged hit Master Blaster (Jammin') put Wonder back on the top of the charts and resulted in another million seller. Hotter Than July also includes the song Happy Birthday, which became the springboard that launched Wonder's campaign to have January 15, the birthday of Martin Luther King, Jr. declared a US national holiday. In 1984, his efforts paid off when US president Ronald Reagan announced that the third Monday of each January was to be officially known as Martin Luther King, Jr. Day.
192 kHz / 24-bit, 96 kHz / 24-bit PCM – MOTOWN Studio Masters