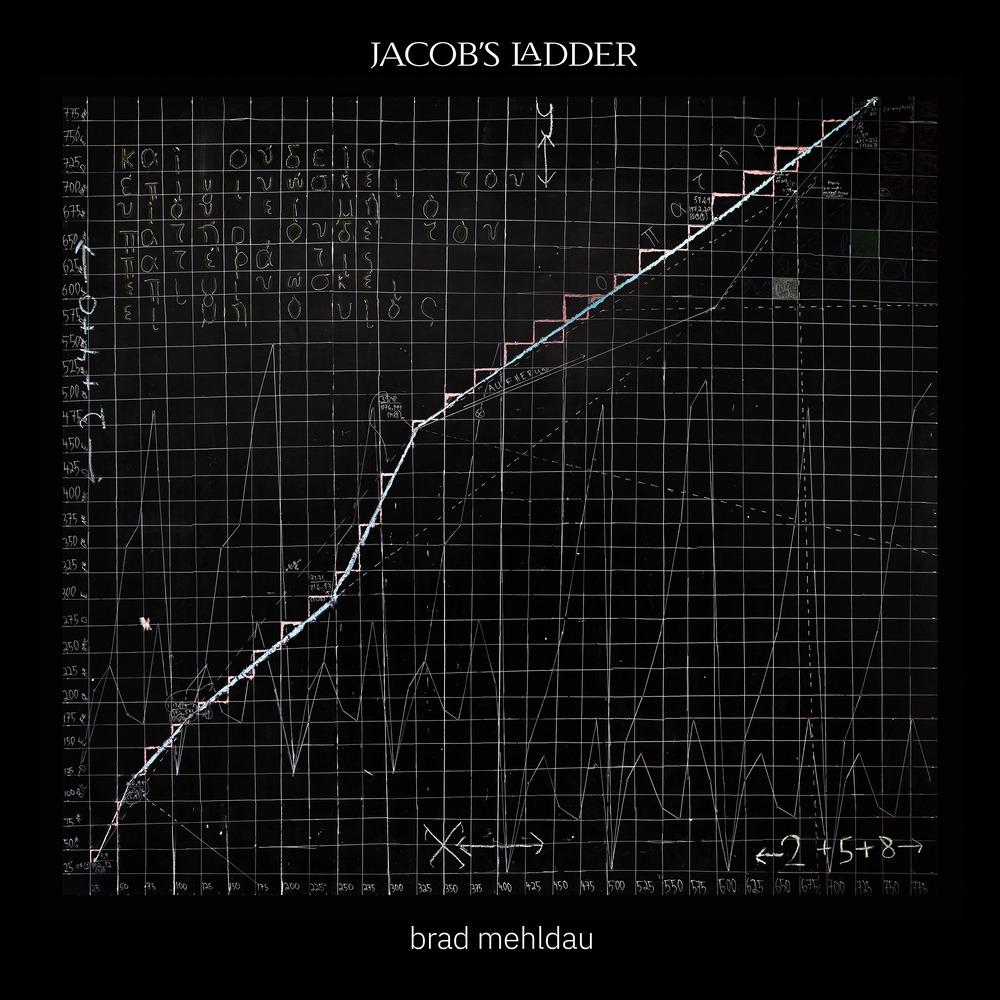 Available in MQA and 96 kHz / 24-bit AIFF, FLAC high resolution audio formats
Jacob's Ladder features new music that reflects on scripture and the search for God through music inspired by the prog rock Mehldau loved as a young adolescent, which was his gateway to the fusion that eventually led to his discovery of jazz. Featured musicians on the album include Mehldau’s label mates Chris Thile and Cécile McLorin Salvant, as well as Mark Guiliana, Becca Stevens, Joel Frahm, and others. Mehldau explains, “We are born close to God, and as we mature, we invariably move further and further away from Him on account of our ego. Jacob’s Ladder begins at that place closer to God with the voice of child, and then moves into the world of action. God is always there, but in our discovery and conquest, and all the joys and sorrows they bring, we may lose sight of him. He sets a ladder before us though, like in Jacob’s dream, and we climb towards him, to find reconciliation with ourselves, to stitch up all those worldly wounds and finally heal. The record ends with my vision of heaven—once again as a child, His child, in eternal grace, in ecstasy. “The musical conduit on the record is prog,” Mehldau continues. “Prog—progressive rock—was the music of my childhood, before I discovered jazz. It matched the fantasy and science fiction books I read from C.S. Lewis, Madeleine L’Engle and others at that time, aged ten through twelve. It was my gateway to the fusion of Miles Davis, Weather Report, Mahavishnu Orchestra and other groups, which in turn was the gateway to more jazz. Jazz shared with prog a broader expressive scope and larger-scale ambitions than the rock music I had known already. “The prog from Rush, Gentle Giant, and Emerson, Lake and Palmer here only hints at the genre’s conceptual, compositional and emotional range. These bands and others have continued to influence newer groups that bring prog impulses into the arena of hard rock and screaming math metal, like Periphery, whose music is included here, and also inspired the screaming vocals on ‘Herr und Knecht.’ I tried to avoid a direct tribute approach to all the songs, and opted in some cases for excerpts, or reworking of themes.”
96 kHz / 24-bit PCM – Nonesuch Studio Masters