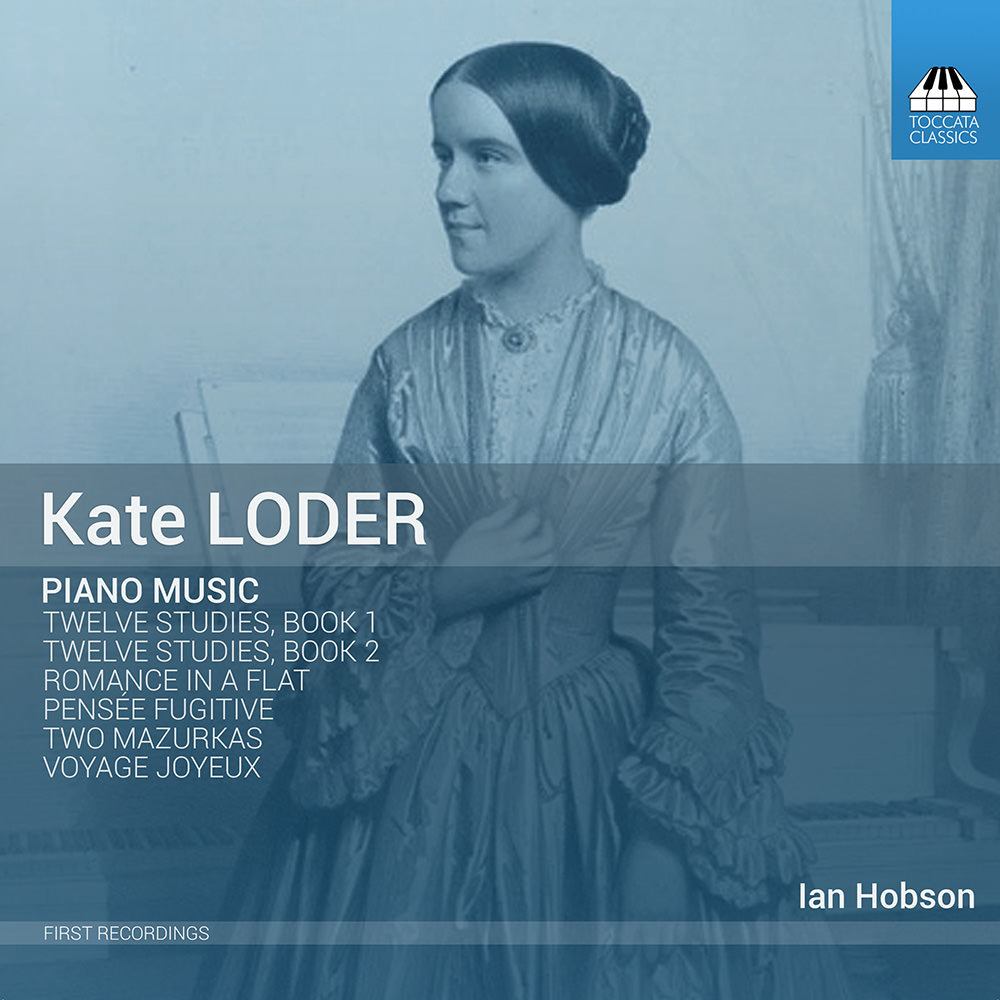 Available in 44.1 kHz / 24-bit AIFF, FLAC audio formats
British pianist Ian Hobson presents music by composer Kate Loder, a child prodigy pianist, among the first students at the Royal Academy of Music in London and one of Britain’s brightest young talents in the early and mid-1800s. But Victorian prejudice thwarted her promising career: her wealthy husband would not allow her to perform in public and so, as Lady Thomson, she became an important teacher and society hostess. She did continue to compose, however, including two sets of virtuoso studies that sit downstream from Chopin and Schubert, both featured here.
44.1 kHz / 24-bit PCM – Toccata Classics Studio Masters