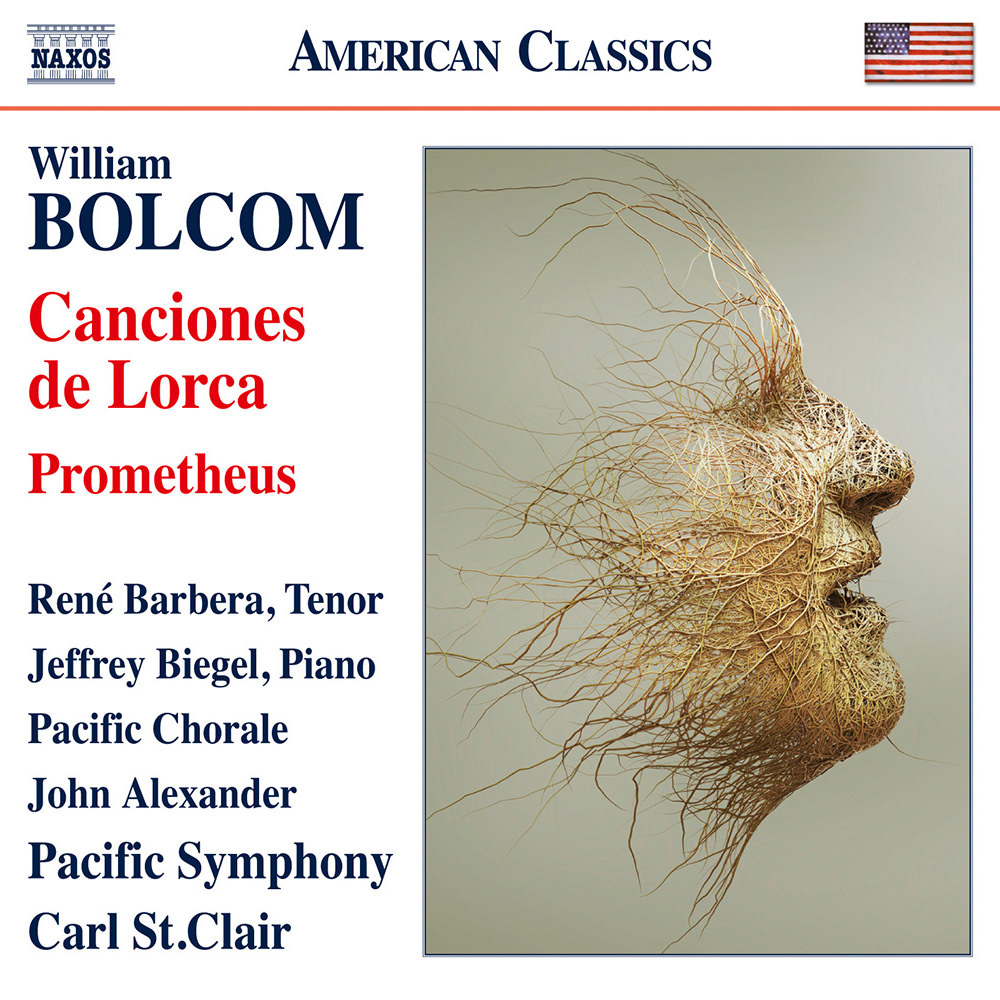 Available in 88.2 kHz / 24-bit AIFF, FLAC high resolution audio formats
"... (Barbera’s) part is demanding, at times florid and high-flying, always passionate." - Fanfare "Four Stars ... the Pacific Chorale and Orchestra played faultlessly and the producers of this recording captured these performances in a very realistic way. Bolcom is always interesting and these two works will please lovers of contemporary music. Prometheus is the highlight of the disc to my ear, but the entire disc is beyond reproach musically and technically." - Audiophile Audition The Pacific Symphony Orchestra and the Pacific Chorale are joined by tenor René Barbera and pianist Jeffrey Biegel on this live album dedicated to Pulitzer Prize and multiple Grammy winner William Bolcom, one of America’s leading composers with a prolific and widely performed catalogue. Written for tenor Plácido Domingo, Canciones de Lorca explores the full variety of that Spanish poet’s surrealistic humour, passion and mystery, as well as invoking the Andalusian flamenco and popular song lyric atmosphere the composer feels is latent in each poem. Bolcom's Prometheus is a metaphor for our turbulent times, starkly examining how we are chained to a rock of technological dependency but dedicated to hope and a peace derived from greater universal understanding.
88.2 kHz / 24-bit PCM – Naxos Studio Masters