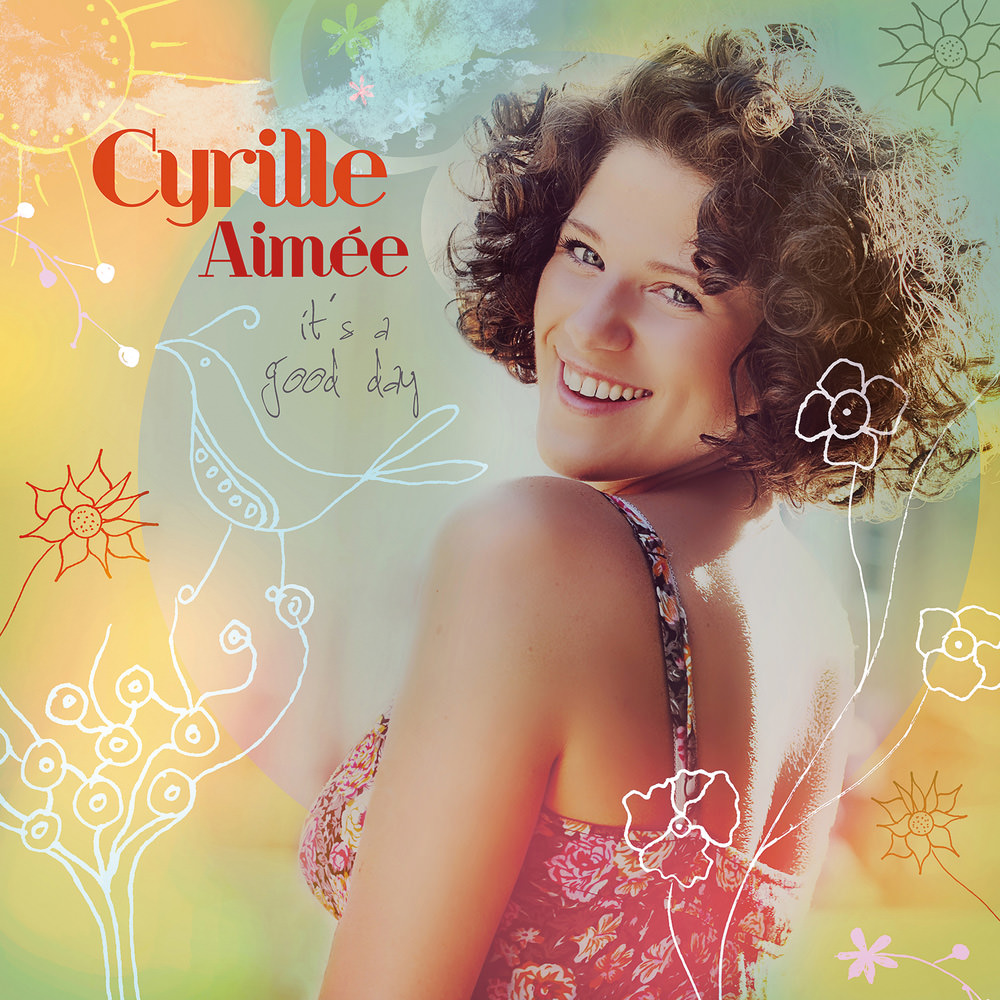 It's a Good Day

Available in 88.2 kHz / 24-bit AIFF, FLAC high resolution audio formats
"... astonishingly creative ... with a brilliant sound, fresh ideas, impeccable rhythm and an overall approach that honors tradition without being shackled to the past." - The Wall Street Journal "When you see Cyrille Aimée perform, you instantly fall in love with her -- her voice, eyes, curls, and the joyful spirit she invests in each song." - JazzTimes.com It's A Good Day is the major label debut by the widely acclaimed young jazz singer Cyrille Aimée, yet another step forward for the rapidly rising vocalist. Winner of both the Montreux Jazz Festival’s Vocal Competition and the Sarah Vaughan International Vocal Competition, Aimée explores a range of musical styles, eras, continents and moods on this 2014 release with a singular voice on inventive arrangements, produced by Fabrice DuPont (Shakira, Jennifer Lopez). Aimée’s musical outlook is reflected in an emphasis on the guitar, an instrument with an indigenous form in nearly every culture of the world—and it was the sound of the gypsy guitar that inspired Aimée to become a musician. While growing up, Aimée snuck out of her home to the nearby gypsy encampments and was mesmerized by the music of those who followed the spirit of Django Reinhardt, revered as one of the world’s most influential guitarists. Aimée later became fascinated with Brazilian guitar, and her music reveals a thorough understanding of bossa nova and samba idioms. Now settled in Brooklyn, she continues to absorb the inner workings of American jazz and the culture of the music's homeland. "I’m really excited about it. It’s really fun. It’s a mix of jazz standards, original songs, rock songs and French songs. And it’s very different from my other CDs because it’s less straight ahead jazz. I kind of went back to all of my influences. There is a Gypsy guitar player, a Brazilian guitar player, and a jazz electric guitar player. All three guitars playing together with really different sounds but all mapped out so they sound beautiful together." - Cyrille Aimée
88.2 kHz / 24-bit PCM – Mack Avenue Studio Masters