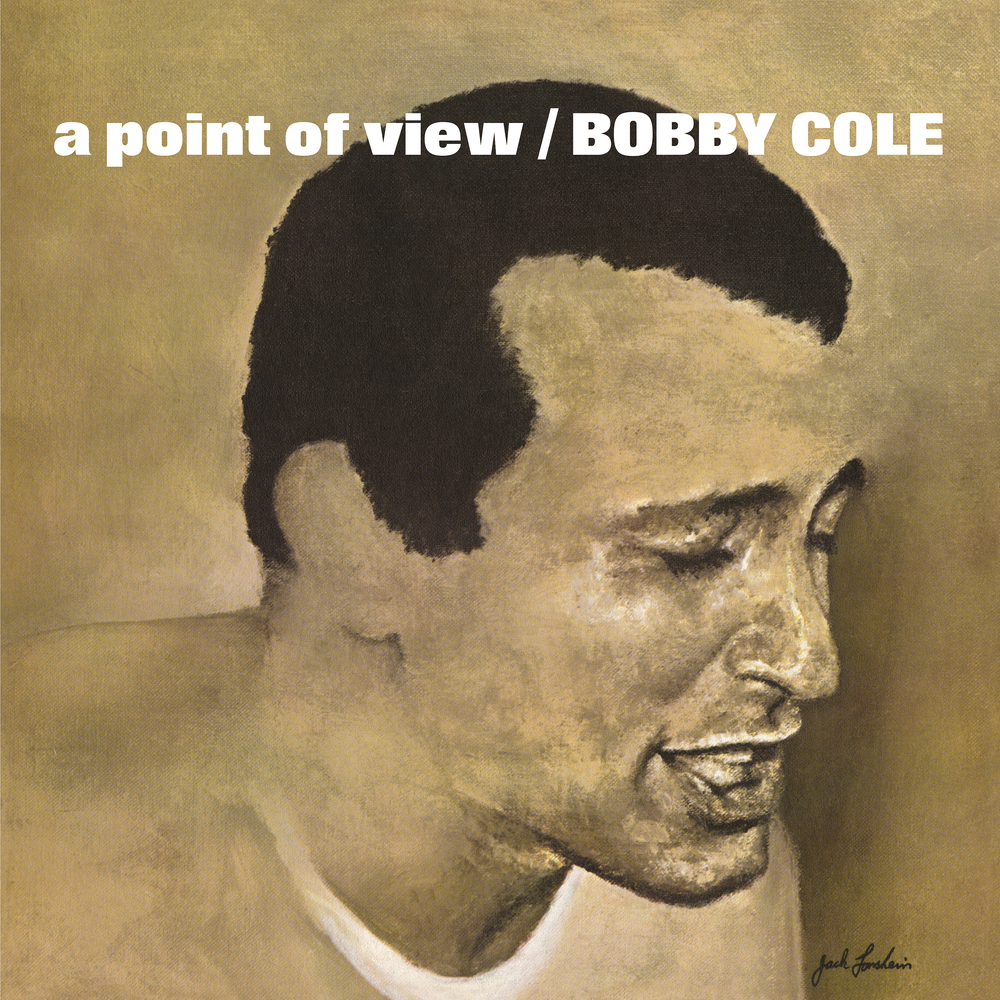 A Point of View

Available in 44.1 kHz / 24-bit AIFF, FLAC audio formats
Frank Sinatra walks into a bar… Well, Frank called it a “bistro”—and Jilly’s on 52nd Street even had matchbooks that when opened read, “My favorite bistro–Frank Sinatra.” It also featured Frank’s “favorite saloon singer,” Bobby Cole, who held court there for many years. His other gigs around New York landed him a recording contract with Columbia, but the 1960 release from The Bobby Cole Trio, while well-reviewed, failed to gain traction. It featured no original material from Cole, and was essentially a recorded version of his Jilly’s act—one hard to capture on LP. Judy Garland walks into a bar… In 1964, and after hearing Cole’s performance of one of her favorites, Cy Coleman’s “You Fascinate Me So,” Garland invited the New York jazz singer to become the new musical arranger for CBS’s The Judy Garland Show in Los Angeles. When that show ended, Cole returned to New York and Jilly’s. Jack Lonshein, whose day job was creating covers for artists including Sarah Vaughan, Maynard Ferguson, Coleman Hawkins, Lester Young, (and eventually Big Brother & The Holding Company and The Amboy Dukes!), was a friend of Cole’s. He knew Bobby’s magic, and original songs, were what the jazz world needed. Taking things into his own hands, A Point Of View was released on Lonshein’s own Concentric Records, and as can happen, no matter how well received and reviewed a record is, finding a copy was half the battle for fans. A Point Of View made waves in the boroughs, was raved about in Billboard and Cash Box, and then disappeared—but became a coveted prize by those who experienced it. Artists including Freddy Cole (Nat’s brother), Nancy Sinatra, and Tom Jones all covered material from it. A Point Of View now returns 55 years later, fully authorized by the Estate of Bobby Cole. Produced for release by Grammy®-winner Cheryl Pawelski and lovingly remastered by Grammy®-winner Michael Graves, this new version presents the original release, plus 12 previously unissued bonus tracks drawn from sessions likely intended for a follow up release to A Point of View that didn’t happen. A fascinating and thorough essay from Grammy®-nominated writer Randy Poe tells the story of Cole, the scene, and the music.
44.1 kHz / 24-bit PCM – Omnivore Recordings Studio Masters