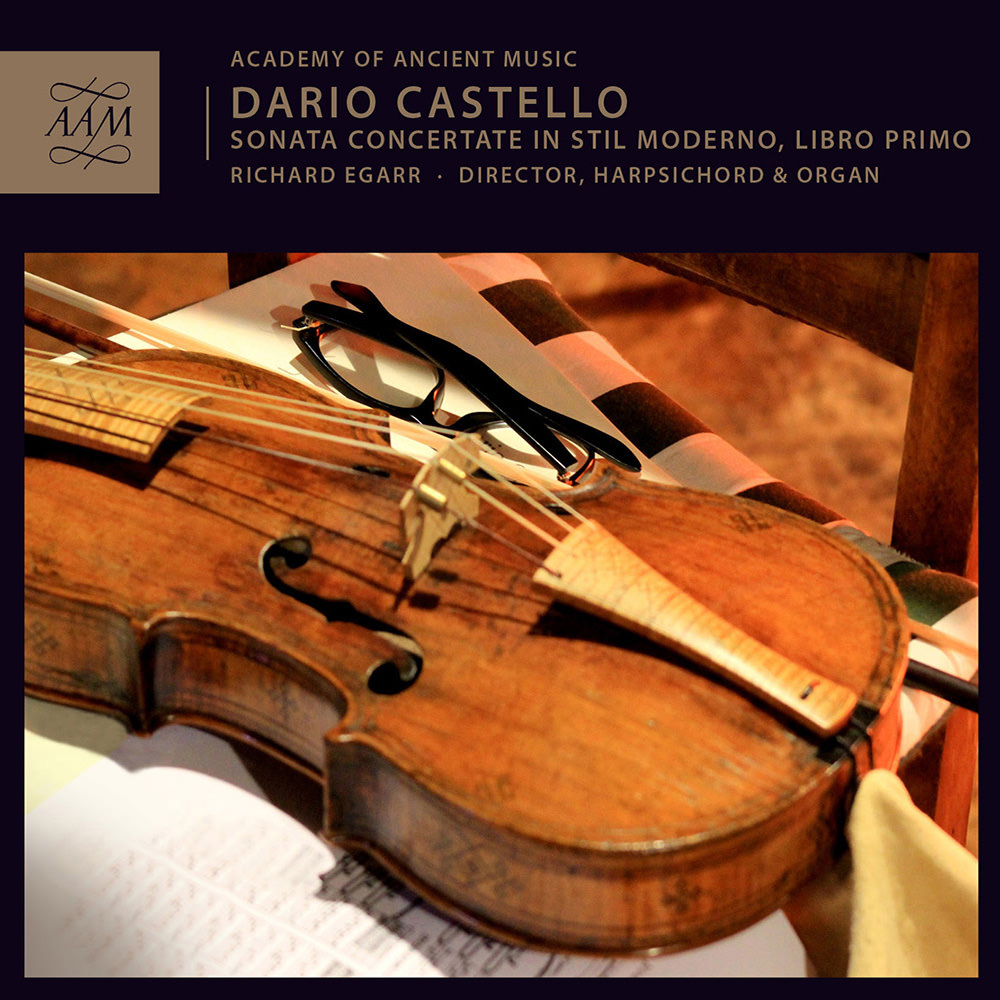 Available in 96 kHz / 24-bit AIFF, FLAC high resolution audio formats
The Academy of Ancient Music explores a revolutionary period of Italian music through the work of Venetian man of mystery Dario Castello. Active at the same time as Monteverdi, Castello wrote innovative and groundbreaking sonatas that had a profound effect on generations of Italian composers. Very little is known about him today, but in the 17th century he was actually more widely published than Shakespeare. AAM music director Richard Egarr is a lifelong advocate of Castello and on this recording directs the composer’s first book of sonatas from the harpsichord and organ in performing editions prepared by Egarr from the original scores. Taking the form of a small chamber group, the AAM finds itself at its most adventurous and expressive on these 12 fiercely virtuosic sonatas for violin, cornetto and dulcian, full of imagination and colour.
96 kHz / 24-bit PCM – Academy of Ancient Music Studio Masters