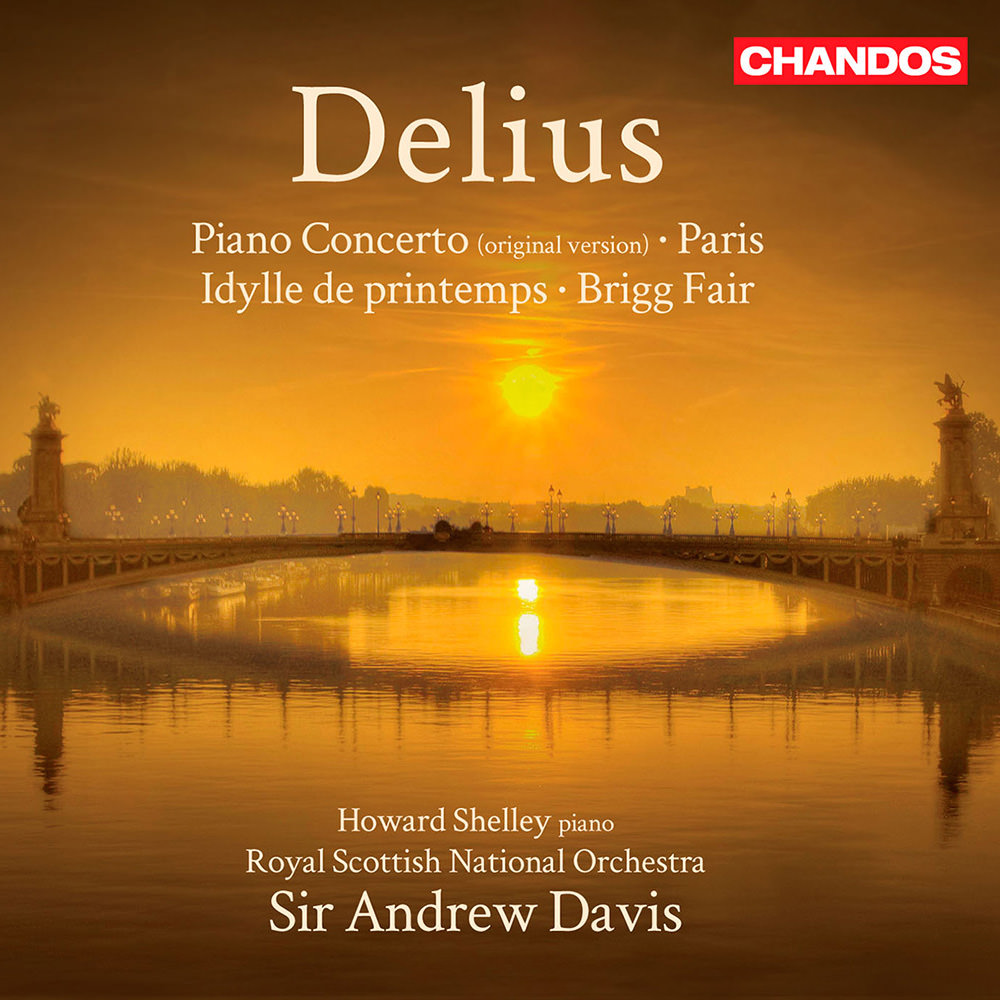 "... Sir Andrew Davis proves himself an instinctive Delian in the way he delineates the shifting moods and colours of Paris and Brigg Fair: these must be among the best current accounts of both works ... there’s splendid playing throughout from the RSNO."
- BBC Music Magazine

Of the works performed on this album by the Royal Scottish National Orchestra under prominent Delius interpreter Sir Andrew Davis, the first three (Paris, the Piano Concerto and Idylle Printemps) offer a fascinating insight into the early years of the development of Delius as a composer, as he slowly and painstakingly honed, all the while assuming the characteristic personal voice that would become evident in his later and more mature works such as Brigg Fair.
96 kHz / 24-bit PCM – Chandos Studio Masters