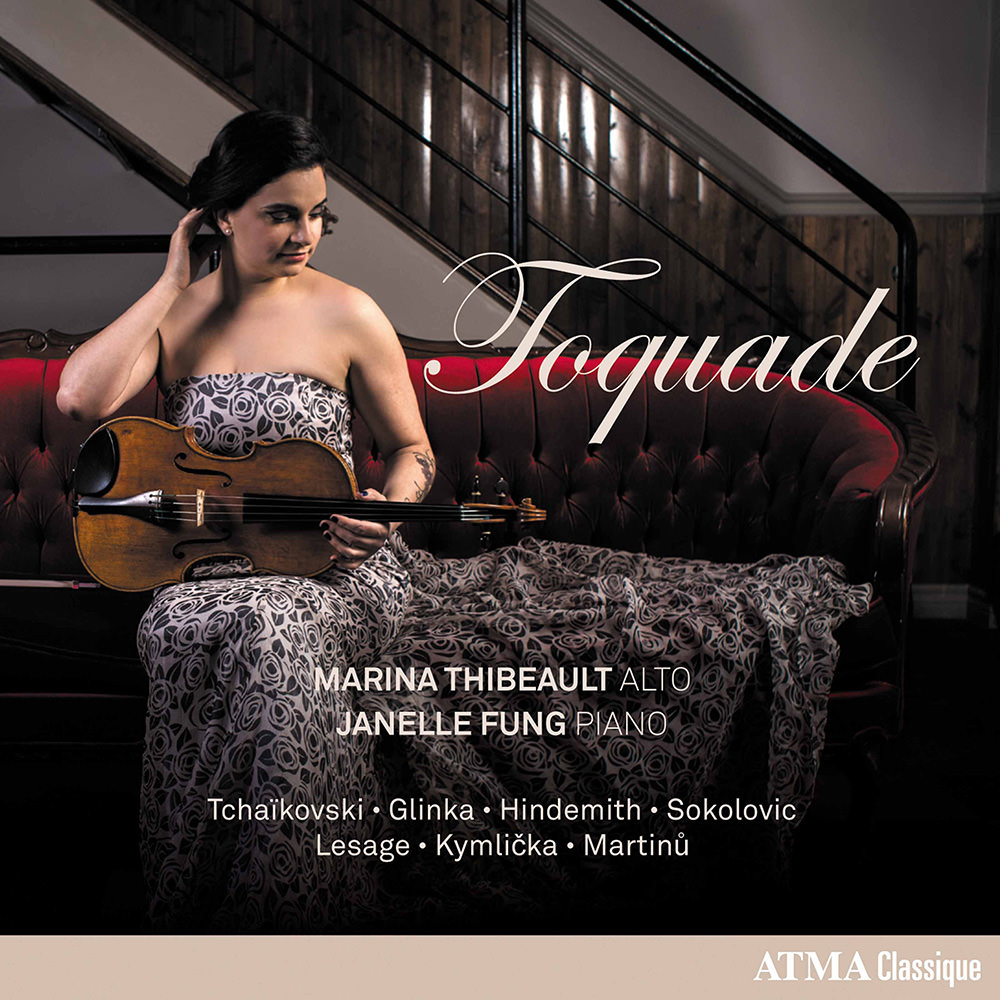 Available in 96 kHz / 24-bit AIFF, FLAC high resolution audio formats
"... a bold, personal statement, presenting new and recent solo works alongside standard repertoire ... (Toquade) fit Thibeault like the proverbial glove ..." - CBC Music Named Révélation Radio-Canada 2016 - 2017, award-winning violist Marina Thibeault travels the world as an ambassador for her instrument. On Toquade, she presents contemporary works for solo viola by Canadian composers Ana Sokolovic and Jean Lesage alongside romantic and modern pieces by Tchaikovsky, Glinka, Kymlicka, Martinů and Hindemith. Thibeault is accompanied by pianist Janelle Fung here, the duo's first recording together. "I believe the viola is now in its golden era. Great players are touring the world as soloists and today’s composers are giving the instrument a lot of attention ... it’s not rare, after a recital, that audience members tell me it’s their first time hearing the viola, other than in a chamber music or orchestral context. I’ve also had a few young violinists come up to me and say that a certain piece I played made them want to switch to viola. That’s pretty much the best compliment a violist can get!" - Marina Thibeault
96 kHz / 24-bit PCM – ATMA Classique Studio Masters