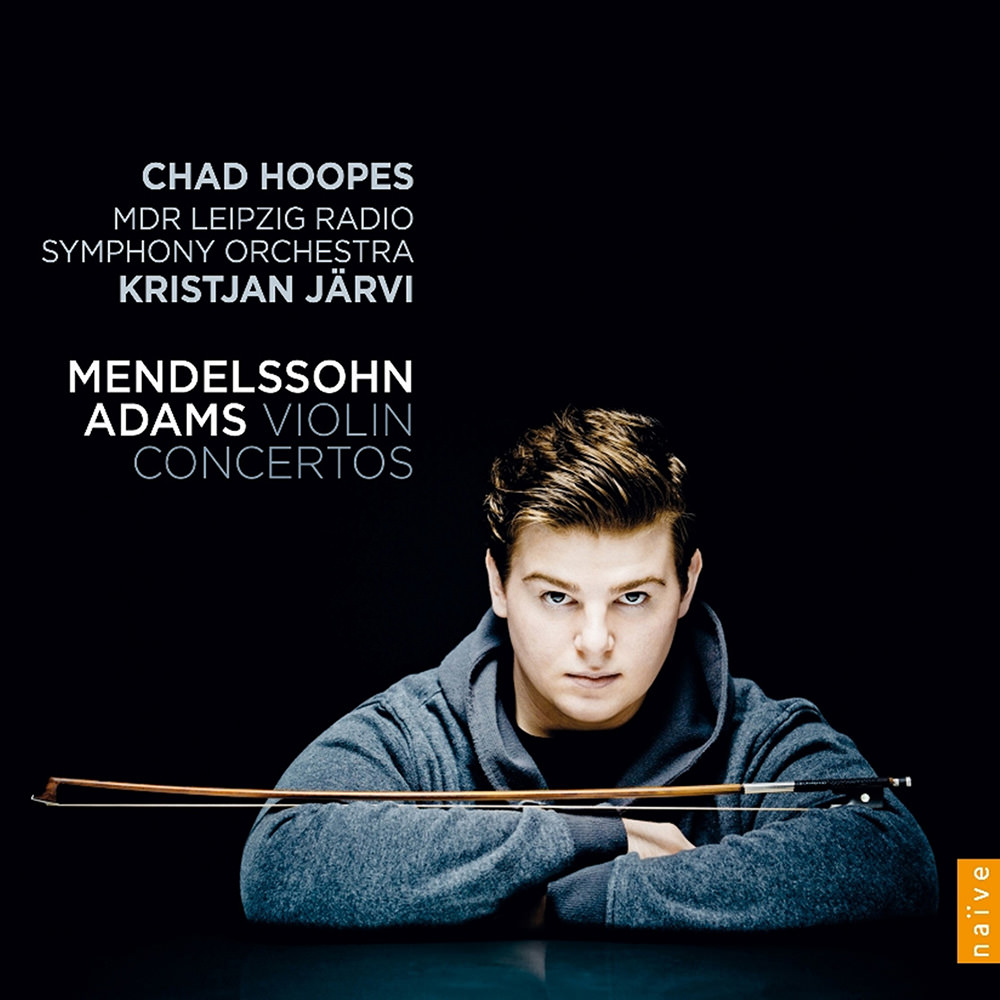 "His performance of the Mendelssohn ... points to a musician with all the technical gifts that these days are accepted as norms but also with stylistic taste, purity of tone and an attractive blend of flair and interpretative discretion ... taps Hoopes's lyricism and dexterity to gainful effect.”
- Gramophone

"As a memento of fine work by an impressive young violinist, this recording is a welcome release, one that is certain to find a prominent home in the recorded histories of both pieces. As evidence of a Wunderkind’s matriculation from prodigy to enduring artist of distinction, however, this disc is revelatory. Chad Hoopes transforms his violin into an earnestly individual instrument and through its four strings he sings with inwardness, eloquence and finely-spun beauty which most violinists with many more years of experience can only envy."
- Voix des Arts