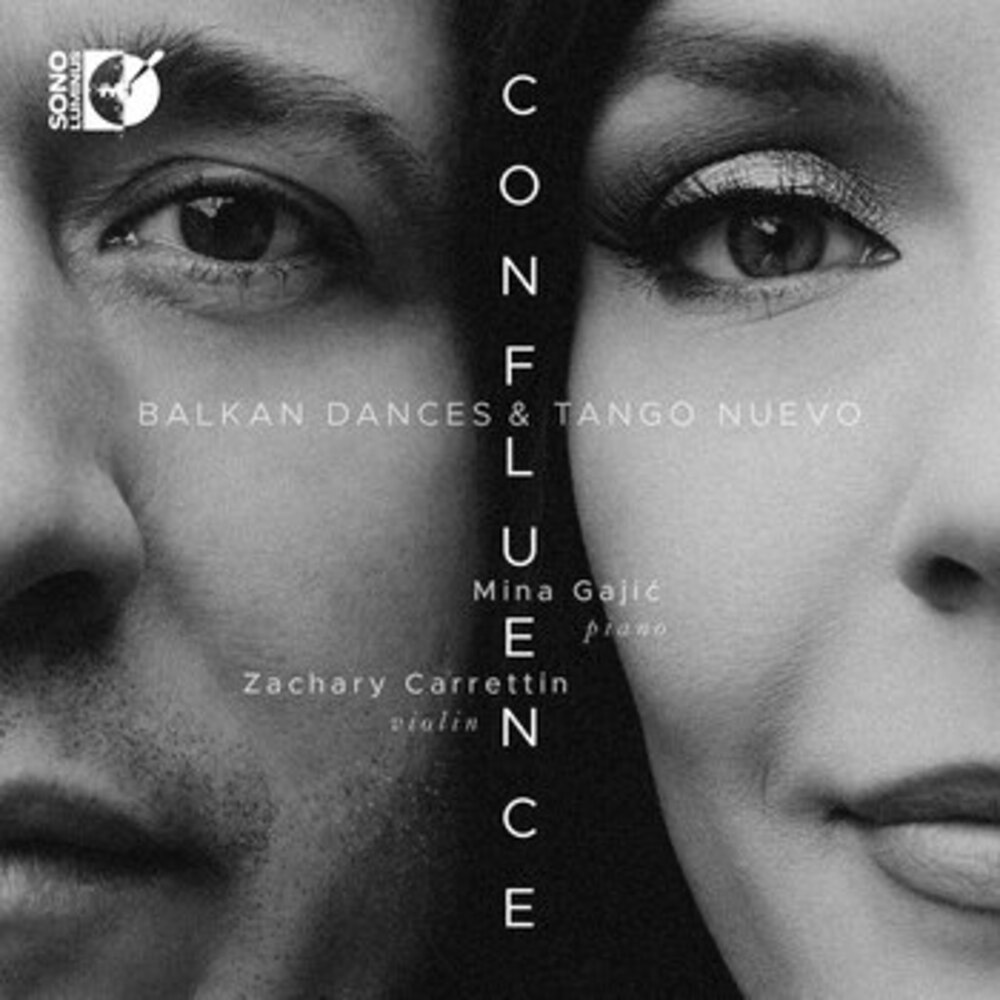 Available in 352.8 kHz / 24-bit, 192 kHz / 24-bit, 88.2 kHz / 24-bit AIFF, FLAC and 5.6448 MHz, 2.8224 MHz DSD high resolution audio formats
“After many years of performing these works in recitals, we wanted to record them—not as two separate sets but as a confluence of dance-inspired music influenced by two distinct regions and cultures. We chose to travel back and forth between duo and solo, interweaving Balkan dances and tango nuevo in the way we have done in live performances. During the Covid-19 pandemic, which continues at the time we write these words, we’ve repeatedly found ourselves performing for audiences virtually, separated from one another by the computer screen and yet connected to one another by that same screen. In recording this album we sought to bring some of the live concert experience to the listener. The track order, tempos, pacing between selections, the improvisatory nature of some of the phrasing, dynamics, articulations, and embellishments, were elements in our process that we felt could contribute to providing some of the live concert feeling that we’ve all been missing during periods of lockdown. This music is especially close to each of us: The tangos were composed for me (Zachary) to play, and like the sonatas of the Italian violinist-composers of the Baroque Era, these compositions provide an environment for exploration, an invitation to embrace improvisation as part of the process… The Balkan Dances are a musical reflection of the cultural influences in my (Mina’s) childhood, in what was then Yugoslavia. Certain rhythms, melodic fragments, and harmonic progressions conjure visceral memories from traveling throughout the rich cultural landscapes across the region, and of singing and dancing traditional songs in several dialects as a child and music student...” - Mina Gajic & Zachary Carrettin
352.8 kHz / 24-bit, 192 kHz / 24-bit, 88.2 kHz / 24-bit PCM and 5.6448 MHz, 2.8224 MHz DSD – Sono Luminus Studio Masters