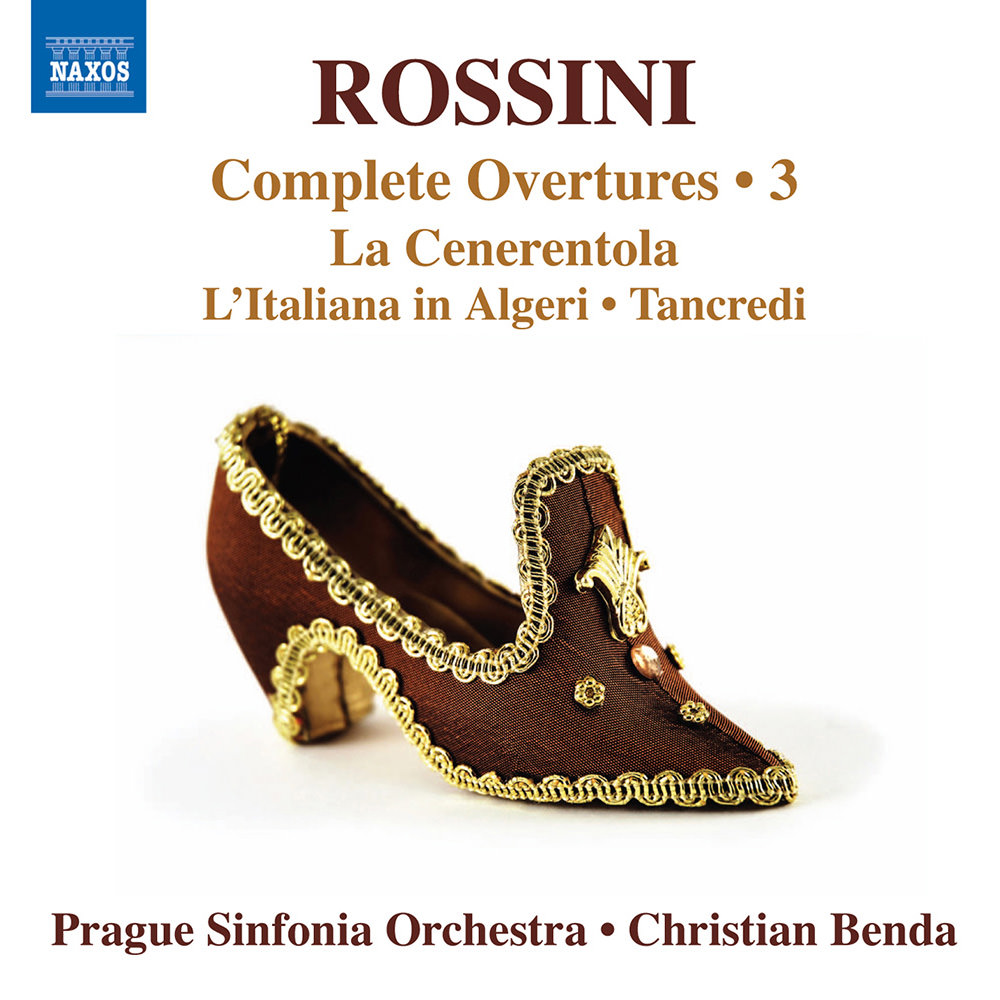 "... an appealing mix of familiar and unfamiliar works, all of which are well worth getting to know. As in previous issues in this series, the performances are very good ... don’t hesitate for a moment before getting this release."
- ClassicsToday.com

"... there’s nothing here that isn’t charming, gorgeously played, and wonderfully recorded. Balances are very natural, and articulation is crisp and clean. I can’t think of a better way to spend an hour musically, and nothing here is anything less than excellent. Enjoy!"
-Classical.Net

This album is volume three in a series of the complete Rossini symphonic overtures from conductor Christian Benda and the Prague Sinfonia. This installment, released in 2013, continues the pattern of placing rarities such as the lively student work Grand’overtura "obbligata a contrabasso", and Matilde of Shabran, set in medieval Spain, alongside perennial hits such as The Italian Girl in Algiers and La Cenerentola (Cinderella), said to have been written in just three weeks.
96 kHz / 24-bit PCM – Naxos Studio Masters