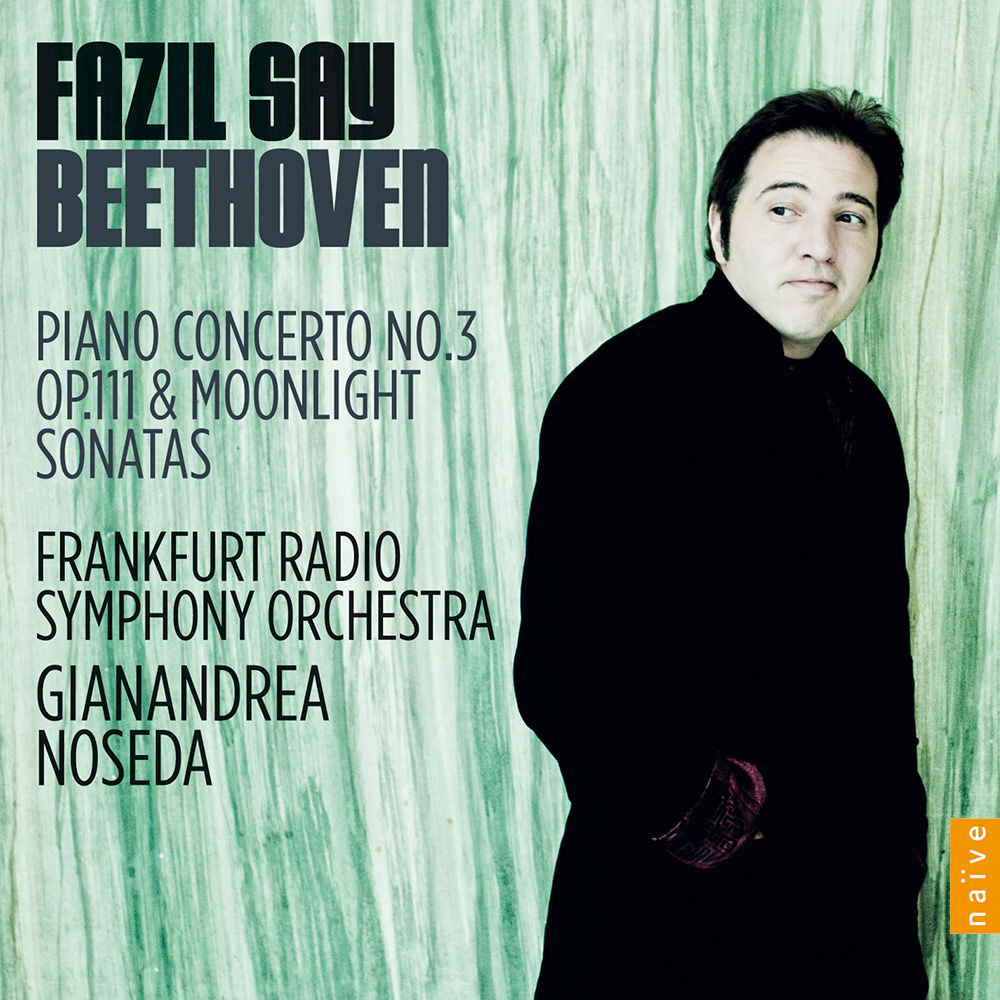 Available in 44.1 kHz / 24-bit AIFF, FLAC audio formats
"Album of the Week ... pianistic fireworks from the Turkish maestro ..." - Classic FM “Fleet-fingered, ultra-articulated playing from Say ... his own cadenza in the Concerto's first movement builds impressive continuity into the coda.” - BBC Music Magazine "Say and Gianandrea Noseda are hard-hitting radicals when it comes to Beethoven and their recording of the Third Piano Concerto is one of most startling performances on disc ... this is very much a forward-looking account, epic in scale, darkly poetic ... revealing the work to be very much the equal in scope and intensity of the concertos that followed.” - The Guardian Following several recordings dedicated to his own compositions, acclaimed pianist Fazil Say returns to the core classical repertoire on this release through three milestone works of Beethoven: the Moonlight and Opus 111 sonatas, as well as the Third Piano Concerto performed with the Frankfurt Radio Symphony Orchestra under conductor Gianandrea Noseda. With his extraordinary pianistic talents, Say has been touching audiences and critics alike for more than 25 years and has played with all the famous American and European orchestras and numerous leading conductors and won several prizes, among them three ECHO Klassik awards.
44.1 kHz / 24-bit PCM – Naive Studio Masters