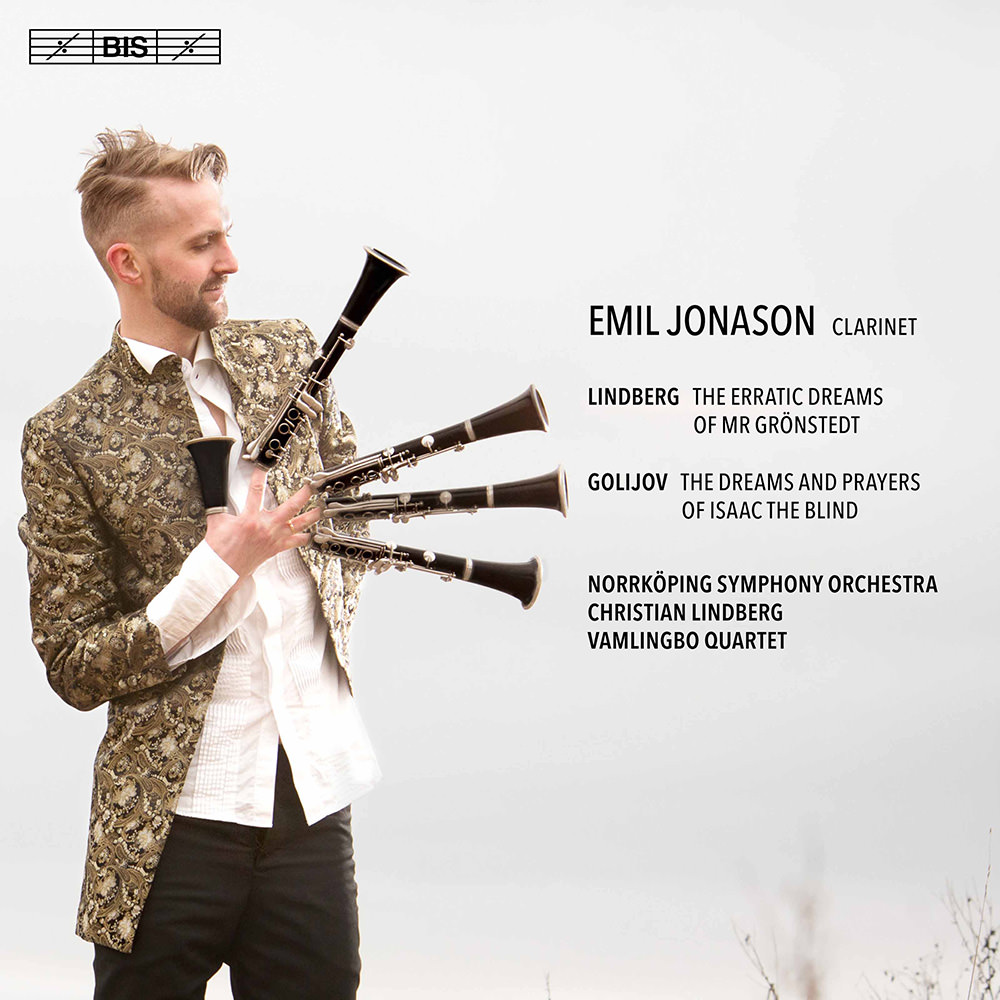 Lindberg: The Erratic Dreams of Mr Grönstedt - Golijov: The Dreams & Prayers of Isaac the Blind

Available in 96 kHz / 24-bit AIFF, FLAC high resolution audio formats
Selected by ECHO as one of its Rising Stars in 2009, Swedish clarinetist Emil Jonason has become increasingly visible on the international music scene. This album features a concerto written for him by his compatriot Christian Lindberg, a celebrated composer, conductor and legendary trombonist. As Lindberg remarks, Jonason was involved at all stages of the writing process. In his teens, Jonason was attracted to klezmer and played in various klezmer bands, so it was therefore a natural choice to combine Lindberg’s concerto with Osvaldo Golijov’s work The Dreams and Prayers of Isaac the Blind. The Argentinian composer includes references to klezmer tunes and specifically requests that the clarinetist is acquainted with the idiom of klezmer.
96 kHz / 24-bit PCM – BIS Studio Masters