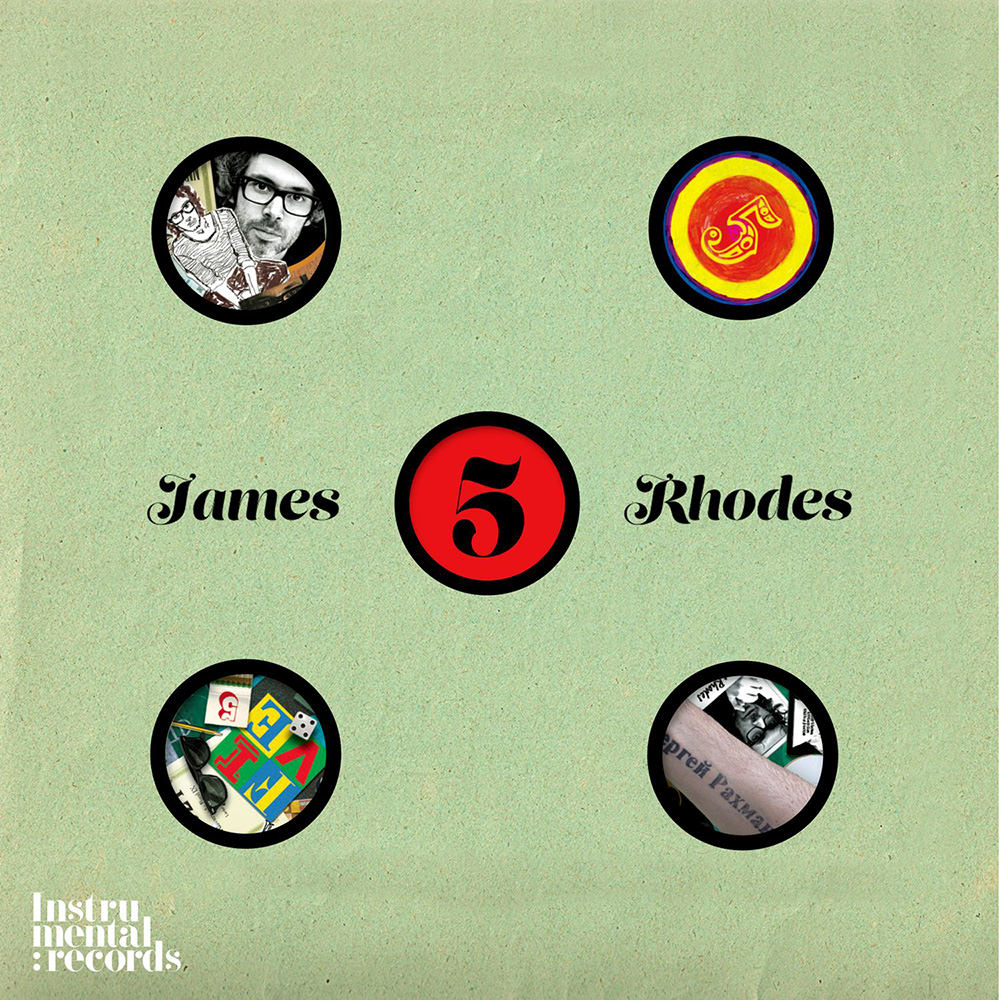 "Four Stars ... this engaging CD suggests Rhodes is finally comfortable in his skin. His readings (of Bach and Beethoven) are fresh and lovingly detailed, while his Chopin is both fiery and judicious. The Gluck encore is exquisite."
- BBC Music Magazine

Pianist James Rhodes has always taken the non-traditional route in performing and presenting classical music. His unorthodox stage manner, combined with consummate musicianship and a deep passion for music's ability to move people of all tastes and personalities, make him a unique and distinctive artist. He strives to create new classical music fans while remaining unabashedly dedicated to the core repertoire that he performs. On Five, his fifth recital album, he presents a sumptuous programme of works by Bach, Beethoven and Chopin, the Gluck-Sgambatti Orfeo Melody and Liszt's arrangement of Robert Schumann's Frühlingsnacht.

"Another recital album with the holy trinity of Bach, Beethoven and Chopin and one which I am fiercely proud of. My dream is that this will be the first of many, not just of my playing, but of a whole plethora of new and established artists who have something important to say both on and off the stage."
- James Rhodes
96 kHz / 24-bit PCM – Signum Records Studio Masters