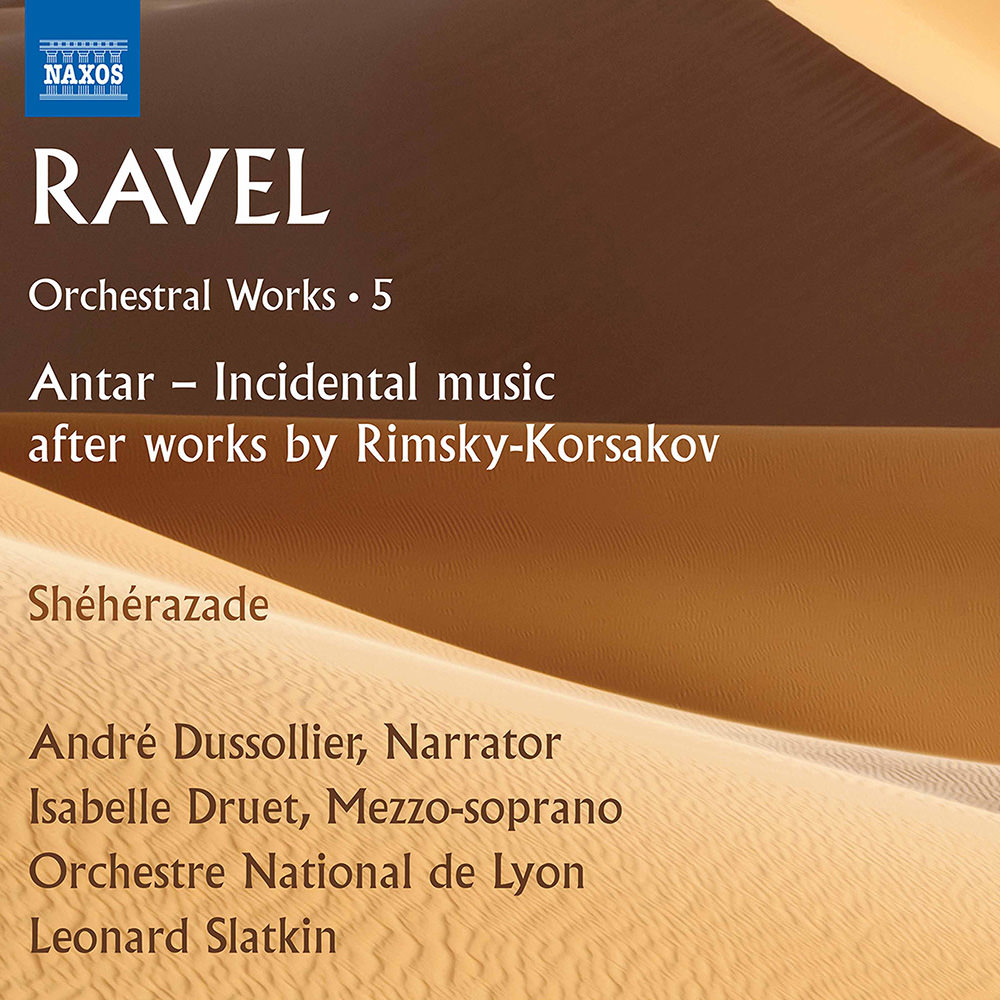 Available in 96 kHz / 24-bit AIFF, FLAC high resolution audio formats
The impact of Russian and Oriental culture on Ravel’s formative years retained a hold on him throughout his life. His colourfully reorchestrated selections from Rimsky-Korsakov’s symphonic suite Antar, with interpolations of his own music, served as the incidental score for a theatre production. They are heard here in their world premiere, revived and reconstructed alongside a 2014 text by Amin Maalouf that symbolizes the romance and chivalric spirit of the subject matter. Leonard Slatkin conducts the Orchestre National de Lyon on this live performance, recorded in 2014, featuring André Dussolier as the narrator. Ravel’s fascination with the exotic is brought together with Debussy’s influence in the ravishing and enduringly popular song cycle Shéhérazade, also captured live, a showcase for mezzo-soprano Isabelle Druet.
96 kHz / 24-bit PCM – Naxos Studio Masters