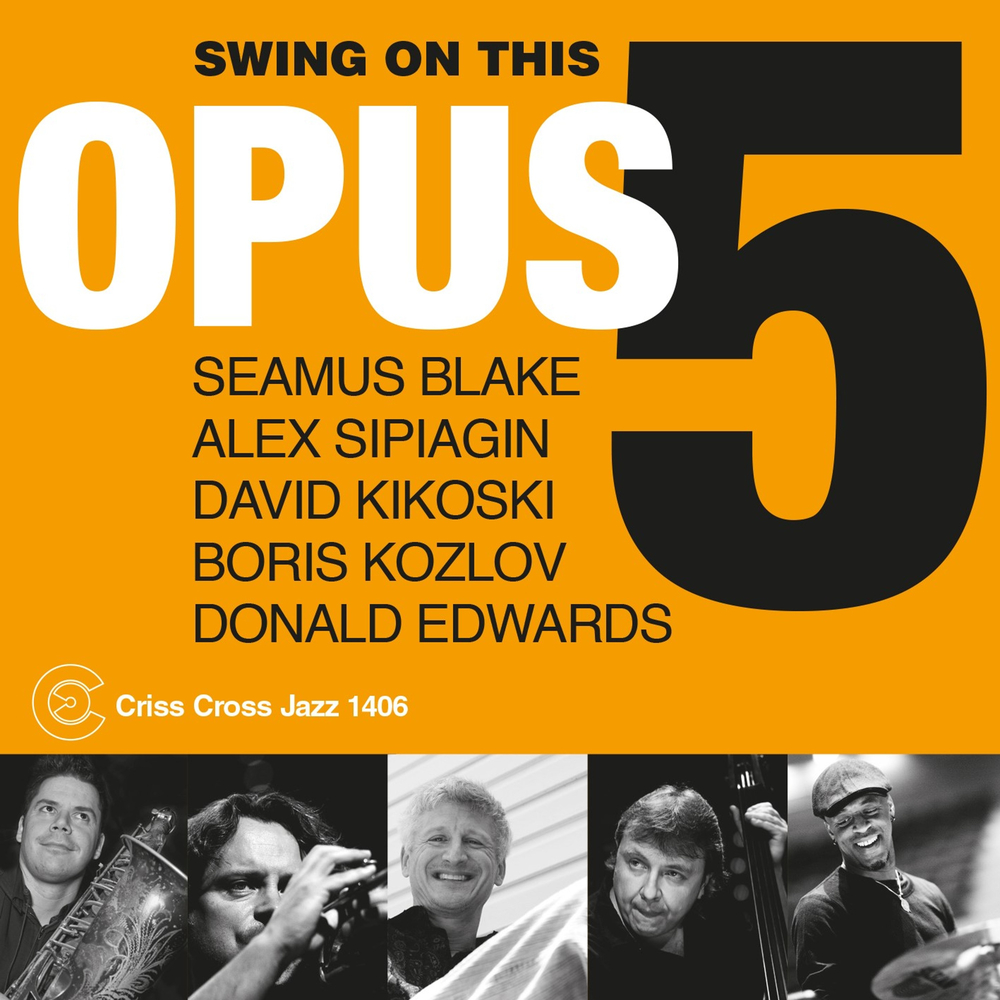 Available in 96 kHz / 24-bit AIFF, FLAC high resolution audio formats
With Swing On This, the all-star quintet Opus 5 presents its fifth Criss Cross album. The “all star” sobriquet is not an exaggeration – the collective discographies of trumpeter Alex Sipiagin, tenor saxophonist Seamus Blake, pianist David Kikoski, bassist Boris Kozlov, and drummer Donald Edwards, all international first-callers, total more than 30 Criss Cross leader dates. Opus 5 gestated in 2010, when Sipiagin and Blake, brainstorming over drinks at the bar in Chicago’s O’Hare Airport during a between-flights layover, decided to organize a new band to play original music that did not reference the music of Charles Mingus that they’d been playing together for many years in the Mingus Big Band, which Kozlov has music-directed since 2004. They recruited Kikoski, Kozlov and Edwards, each a colleague of long standing in the MBB. Edwards suggested the name, signifying on Kozlov’s big band arrangement of Mingus’ Opus 4 that all members admired. They contacted Criss Cross proprietor Gerry Teekens, who knew them all, and green-lit that first album in 2011. Through the next six years, “the five bandleaders and five sidemen,” as Kozlov puts it, enhanced their already considerable chemistry on periodic tours in Europe and Russia, developing material that they documented from one date to the next. During the seven-year gap that separates their 2015 album Tickle from Swing On This, the members found fewer opportunities to play. Everyone was busy with other projects. Covid-19 made it problematic to convene. Blake and Sipiagin relocated to Europe. Then, last summer, when Blake scheduled a trip in New York to conduct personal business, Opus 5 seized the opportunity to go in the studio to record eight pieces with engineer Mike Marciano. With a single brief rehearsal under their belt, they navigate the repertoire with fluent mutual intuition and deep commitment, as though they’d been probing it for months.
96 kHz / 24-bit PCM – Criss Cross Jazz Studio Masters