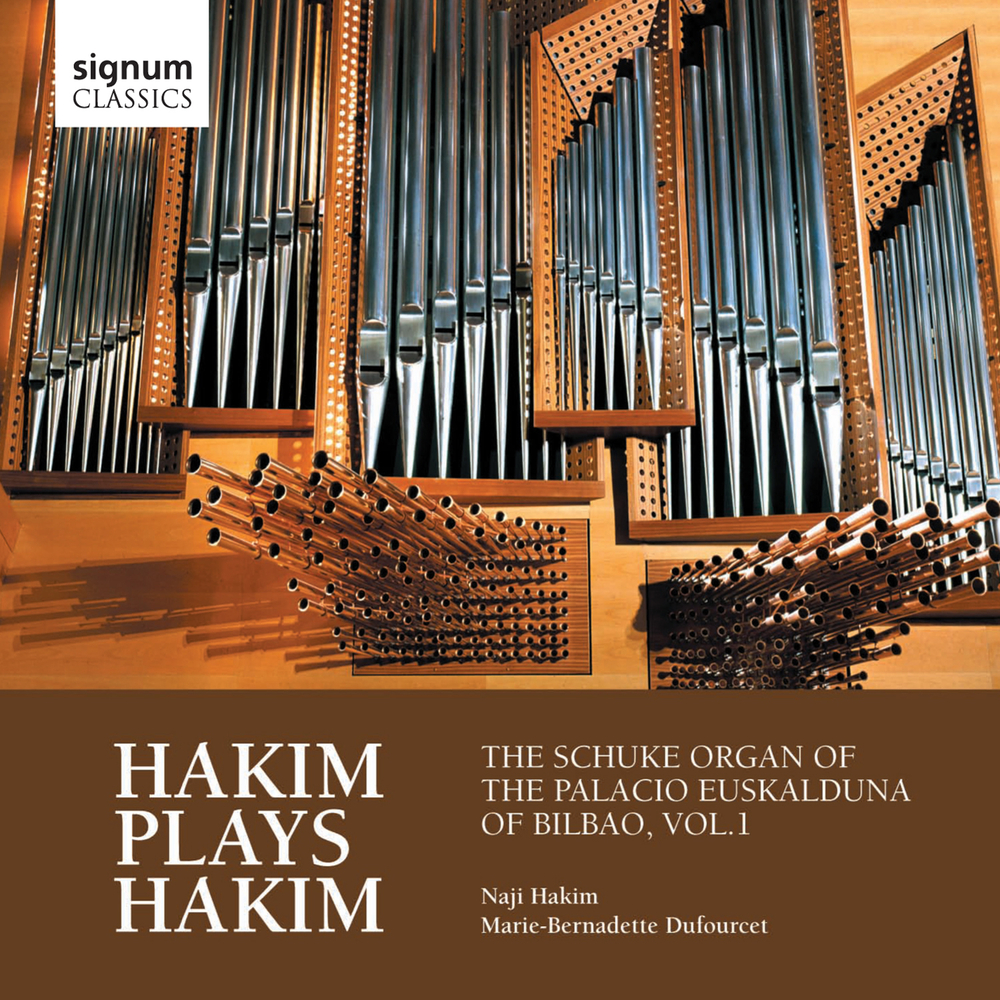 Hakim Plays Hakim: The Schuke Organ of the Palacio Euskalduna of Bilbao, Vol. 1

As both an organist and a composer, Lebanese-born Naji Hakim has distinguished himself as one of the most active artists of his generation. A virtuosic performer who succeeded Olivier Messiaen as organist at l'église de la Trinité in Paris, many of his works draw on his own Christian beliefs: in 2007 he was honoured with a Papal award for his services to the church. Hakim brings us this powerful 2014 collection of organ works, where he is joined by Marie-Bernadette Dufource for the central piece of the programme, a set of meditations for two organists inspired by Lucas Cranach the Elder’s woodcuts of the Apostles. Completed in 2000, the Schuke Organ of the Palacio Euskalduna is housed in a magnificent concert hall constructed of wood and steel, itself inspired by the Euskulduna shipyards that once occupied the area. A modern instrument, it is well-suited to the nuanced voicings of modern organ compositions, as well as being sympathetic and adaptable to the great works of the past.
44.1 kHz / 24-bit PCM – Signum Records Studio Masters