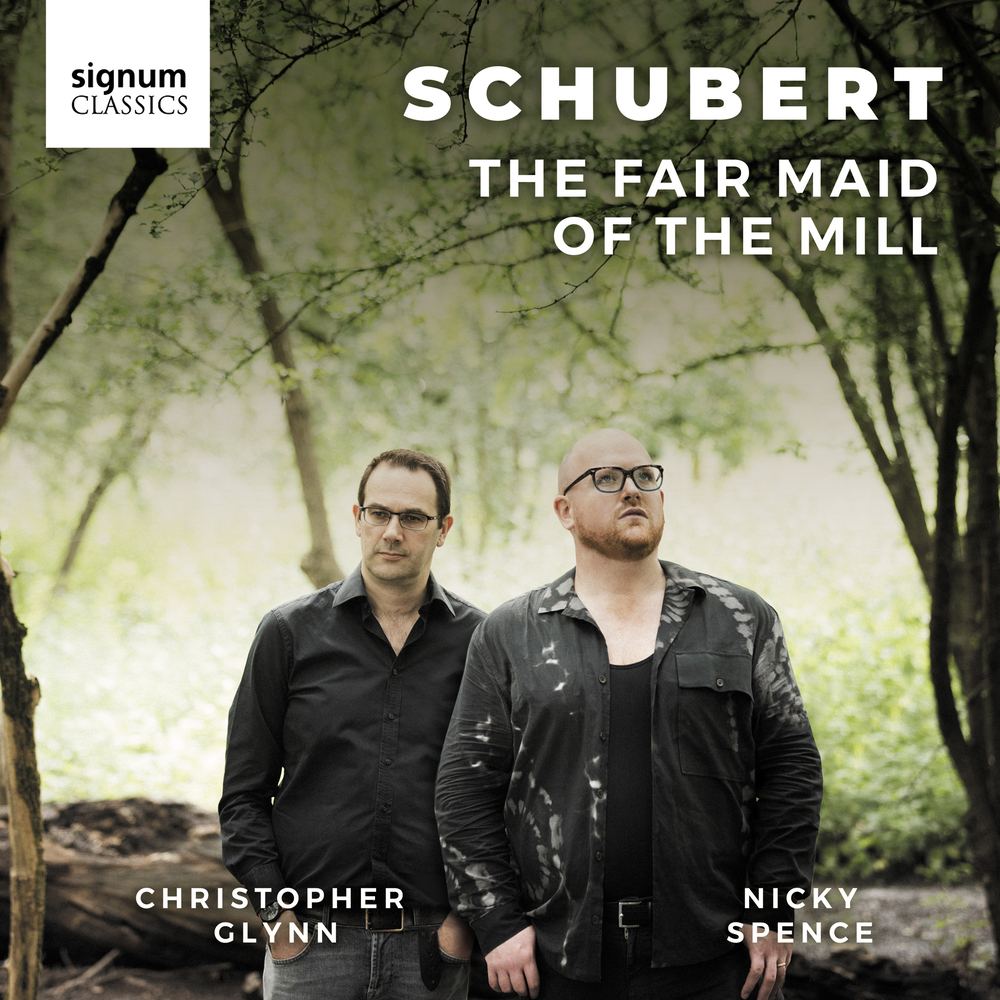 Schubert: The Fair Maid of the Mill

Available in 96 kHz / 24-bit AIFF, FLAC high resolution audio formats
Christopher Glynn continues his series of Schubert in English releases with a new recording of The Fair Maid of the Mill ("Die schöne Müllerin") with acclaimed Scottish tenor Nicky Spence. Set to a new translation by writer and director Jeremy Sams, Willhelm Müller’s direct and emotionally-charged poetry became the basis of Schubert’s first cycle to tell a complete story over the course of its 20 songs. Nicky Spence is one of Scotland’s proudest sons and his unique skills as a singing actor and the rare honesty of his musicianship have earned him a place at the top of the classical music profession. Nicky won a record contract with Decca records while still studying at the Guildhall School of Music and Drama and then took a place as an inaugural Harewood Artist at the ENO. Christopher Glynn is a Grammy award-winning pianist, praised for his ‘breathtaking sensitivity’ (Gramophone), ‘irre- pressible energy, wit and finesse’ (The Guardian) and ‘perfect fusion of voice and piano’ (BBC Music Magazine). He is also Artistic Director of the Ryedale Festival, where he has been praised as a ‘visionary’ and ‘inspired programmer’ (The Times).
96 kHz / 24-bit PCM – Signum Records Studio Masters