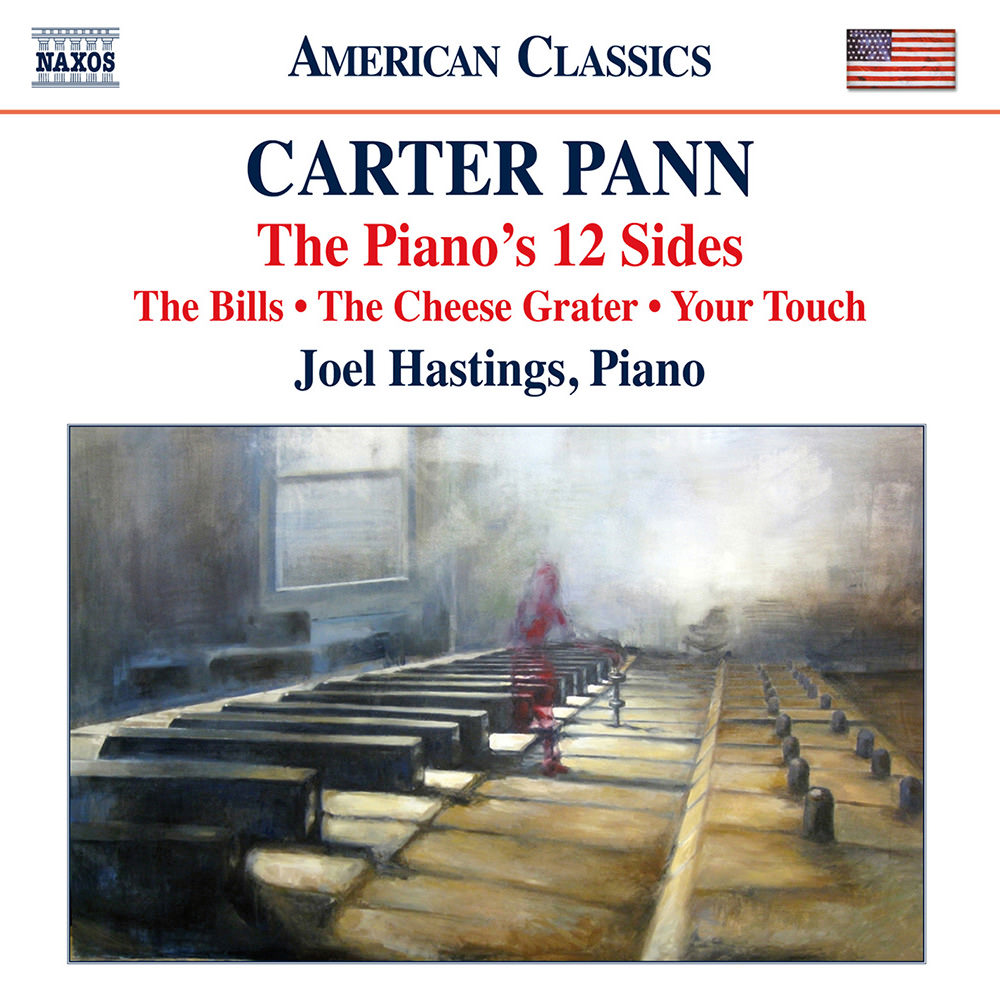 Carter Pann: The Piano's 12 Sides - The Bills - The Cheese Grater - Your Touch

Award-winning composer and pianist Carter Pann is a genuine “musician’s musician,” writing for and working with internationally acclaimed orchestras and ensembles. Composed especially for Joel Hastings, The Piano’s 12 Sides is a remarkable cycle which takes us through song-like introspection, fearless virtuosity, timeless impressions of cosmic realms and dances both ebullient and macabre. The 2014 album also includes three other works by Pann: The Bills, which owes its ragtime influence to Scott Joplin while acknowledging two great exponents of the genre. The composer describes The Cheese Grater as “an adrenaline-driven, mean two-step.” Evocative of a smoky jazz club, Your Touch is the laid-back solo movement from Pann’s Grammy-nominated Piano Concerto.

"In the summer of 2011 Joel Hastings and I were talking on the phone and I proposed the idea of writing a book of 12 solo works for him to perform as a set sometime in the near future. The idea struck me in that instant as one of the best musical ideas I’ve had, for Joel is a consummate musician/pianist. I don’t mean that Joel is a very good pianist, I mean he is a rare species in the music world, possessing huge helpings of raw piano talent, musical soul and world-class refinement in perfect combination. I have worked closely with some truly marvellous pianists over the years, but this was an idea in which I was hoping to collaborate with a single artist over a great expanse of music. It was a true moment for providence when I think back to that phone call. I am one lucky composer for knowing Joel and for knowing those for whom each of the pieces is individually dedicated."
- Carter Pann
88.2 kHz / 24-bit PCM – Naxos Studio Masters