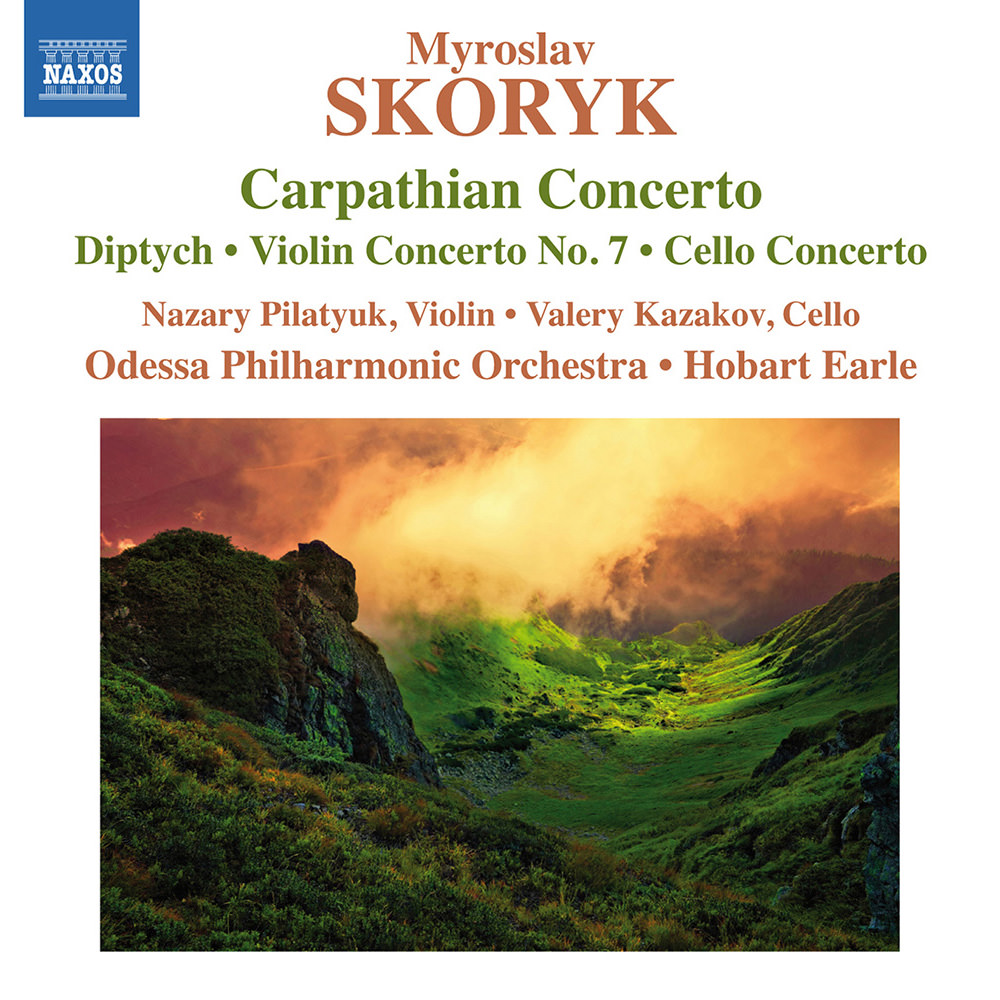 Available in 96 kHz / 24-bit AIFF, FLAC high resolution audio formats
"... very enjoyable ... will whet anyone’s appetite to explore Skoryk’s music yet further." - MusicWeb International "Four Stars. A fascinating retrospect of Skoryk's highly colourful, rhythmically propulsive music, highlighted by the ear-tweaking textural interplay of the Carpathian Concerto." - BBC Music Magazine This live album was recorded at Ukrainian composer Myroslav Skoryk’s 75th birthday concerts in Odessa in November 2013. Soloist Valery Kazakov joins the Odessa Philharmonic Orchestra under Hobart Earle on the Cello Concerto, while the Seventh Violin Concerto features Nazary Pilatyuk. With its swinging rhythms and folk music pungency, the Carpathian Concerto is one of Skoryk’s most engaging and popular works in making resourceful use of the modern orchestra. The pensive Melody for strings propelled Skoryk to the forefront of Ukrainian music, while the slapstick in his transcription of Paganini’s Caprice No. 19 reveals the composer’s humorous side.
96 kHz / 24-bit PCM – Naxos Studio Masters