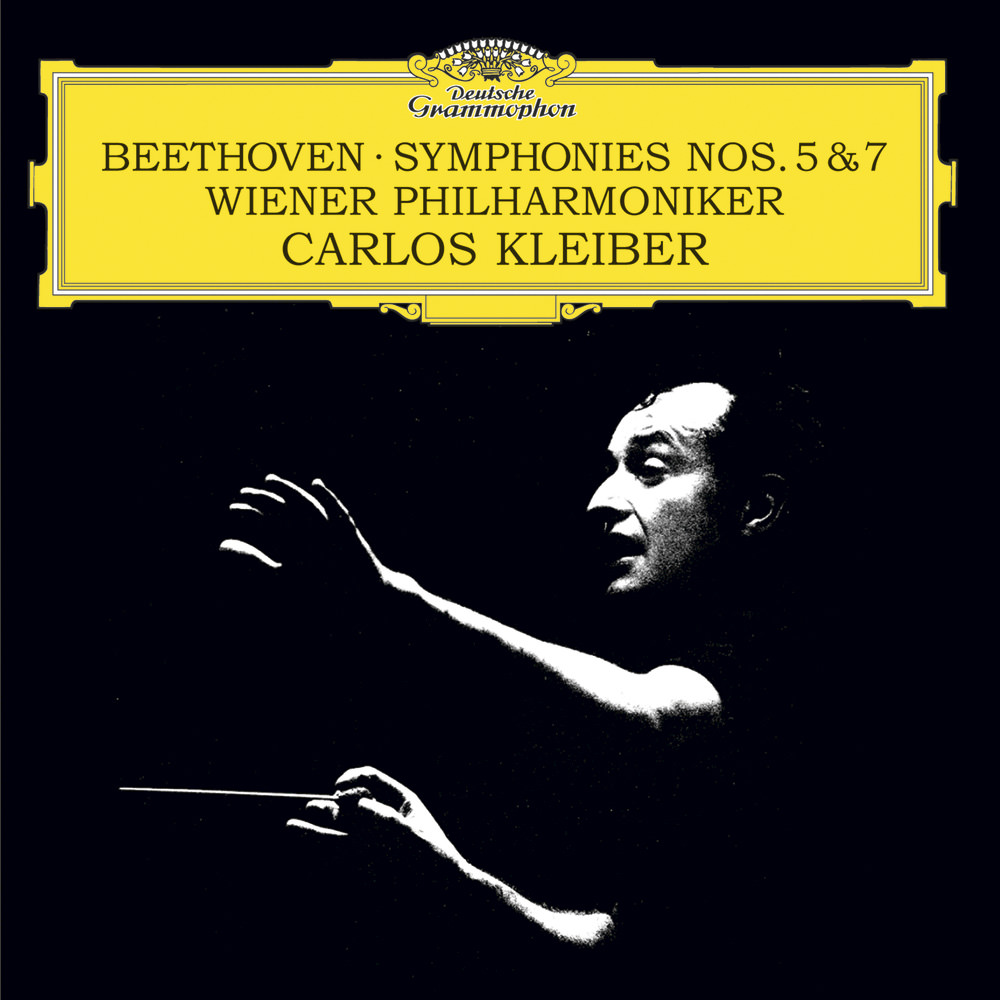 Available in 96 kHz / 24-bit AIFF, FLAC high resolution audio formats
"... two masterpieces on one recording ... an essential recommendation for any collection ... the sense of something monumental is enhanced by the imposing Vienna Musikverein acoustic. But that doesn't blur Kleiber's superfine attention to detail, with perfectly balanced textures and subtly graded transitions ... the 1970s Vienna Philharmonic was a band of an equally detailed response ... the Seventh, with all its repeated rhythmic units, generates so much momentum that the thrilling acceleration Kleiber whips up in the final bars almost seems the only possible outcome." - BBC Music Magazine "... (the Seventh Symphony is) an equally distinguished performance ... it too is superb ... a performance of genius that now speaks to us freely and openly for the first time. In some ways this is a more important document than the famous Fifth. Great recordings of the Seventh, greatly played and greatly conducted, but with first and second violins divided left and right, are as rare as gold dust. Freshly refurbished, this Kleiber Seventh would go right to the top of my short list of recommendable Sevenths. It is wonderful to have these two legendary performances so expertly restored and placed together on one disc for the first time." - Gramophone Critics used words like "masterpiece" and legendary" to describe these two vintage Beethoven performances from the Wiener Philharmoniker and Carlos Kleiber, recorded in 1974 (the Symphony No. 5) and 1975 and 1976 (the Symphony No. 7).
96 kHz / 24-bit PCM – DG CD Studio Masters