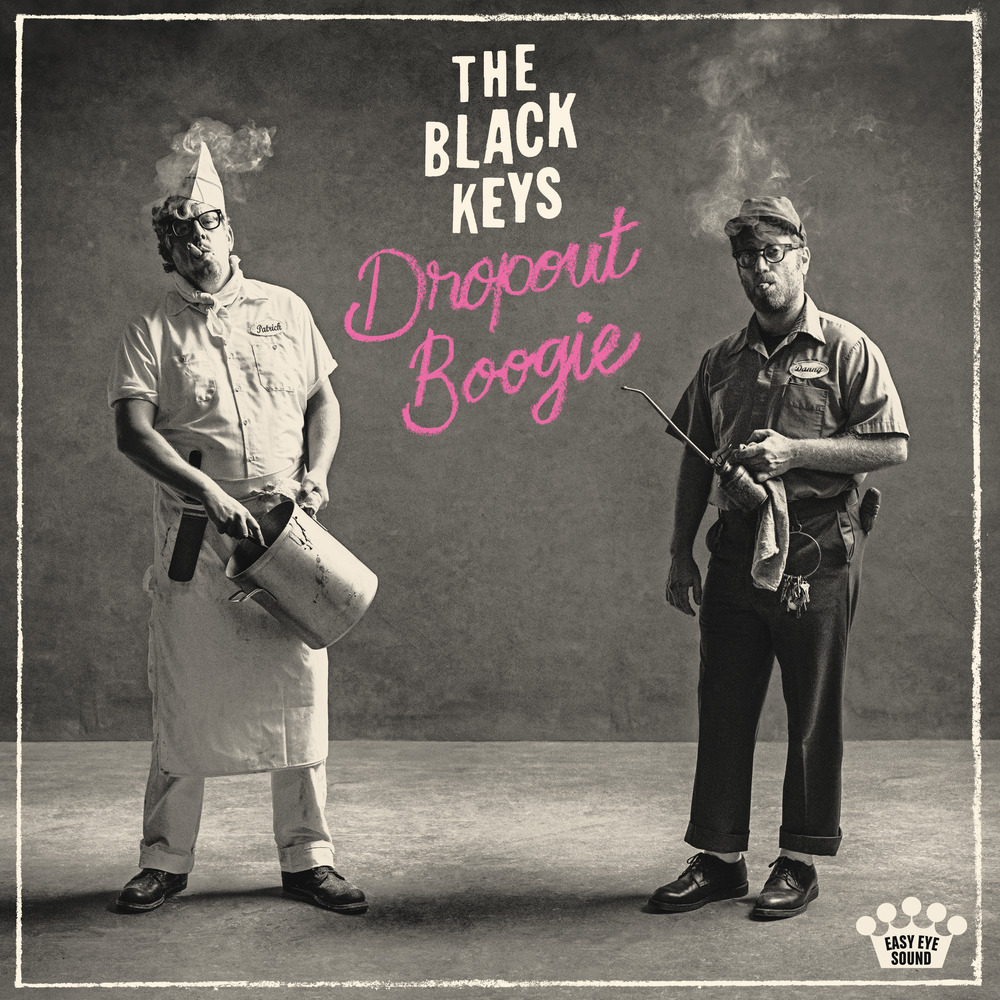 Available in MQA and 48 kHz / 24-bit AIFF, FLAC audio formats
"Down-the-line rock destined for good times. The Ohio blues-rockers pack a familiar swagger on their 11th studio album, which nods to the greats of rock'n'roll, but they still know how to throw a party." - NME After 10 albums, the last five of which have gone top 10 or better, six Grammy awards, and sold-out tours around the world, The Black Keys are back: The duo, called “America’s Most Trusted Band” by Stephen Colbert, and “one of the best rock’n’roll bands on the planet” by Uncut, releases its eleventh studio album, Dropout Boogie! As they have done their entire career, the duo of Dan Auerbach and Patrick Carney wrote all of the material in the studio, and the new album captures a number of first takes that hark back to the stripped-down blues rock of their early days making music together in Akron, Ohio, basements. After hashing out initial ideas as a duo at Auerbach’s Nashville-based Easy Eye Sound studio, Auerbach and Carney welcomed new collaborators Billy F Gibbons, Greg Cartwright, and Angelo Petraglia to the Dropout Boogie sessions. Although The Black Keys previously co-wrote songs with frequent producer/collaborator Danger Mouse, this is the first time they have invited multiple new contributors to work simultaneously on one of their own albums. “Living in Nashville and making records here has opened both of our minds to that experience a little bit more. I knew Pat would love working with both of these guys, so we decided we’d give it a shot. It was the first time we’d ever really done that. It was fun as hell. We just sat around a table with acoustic guitars and worked out a song ahead of time.” - Dan Auerbach
48 kHz / 24-bit PCM – Nonesuch Studio Masters