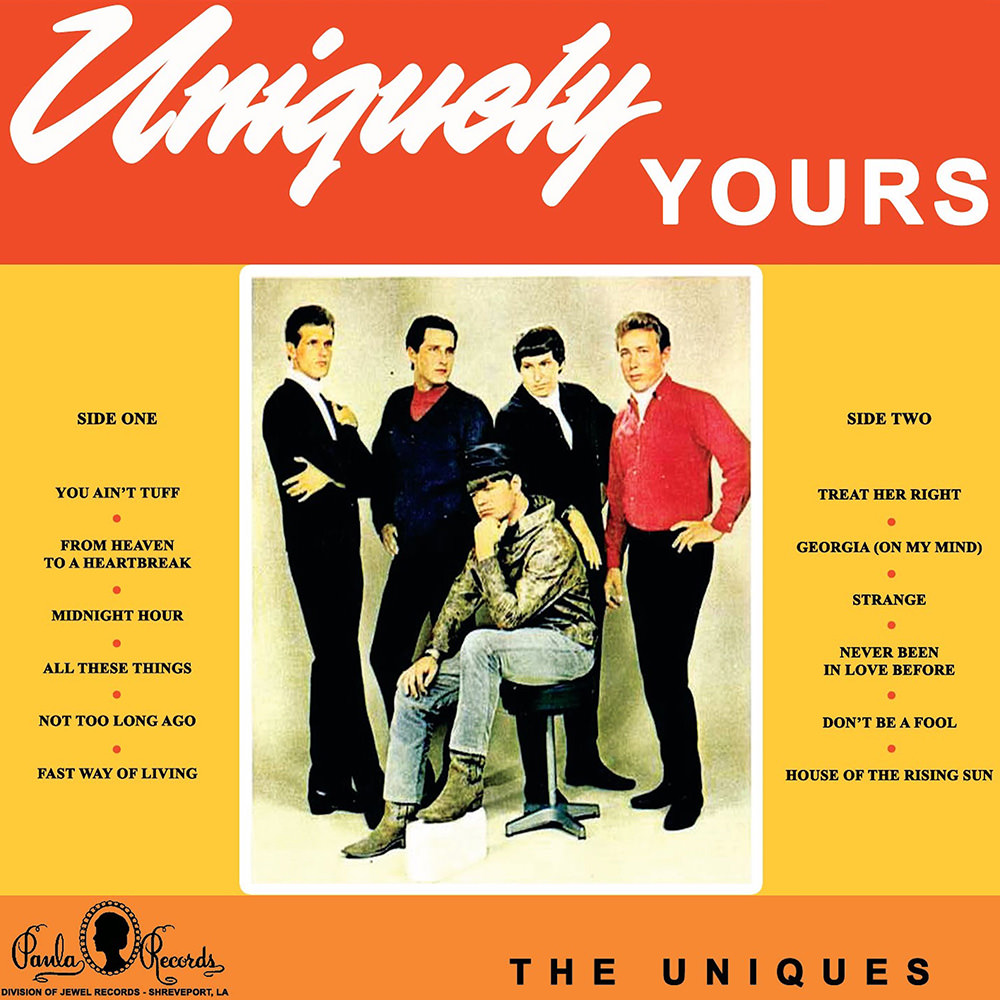 Available in 96 kHz / 24-bit AIFF, FLAC high resolution audio formats
Released in 1966, this debut album from Louisiana psychedelic rockers The Uniques contains the group's two biggest songs Not Too Long Ago and All These Things. Bandleader Joe Stampley, who would go on to enjoy a long and successful solo career as a country artist, later re-recorded both tracks and scored a number one country hit in 1976 with All These Things.
96 kHz / 24-bit PCM – Paula Records Studio Masters