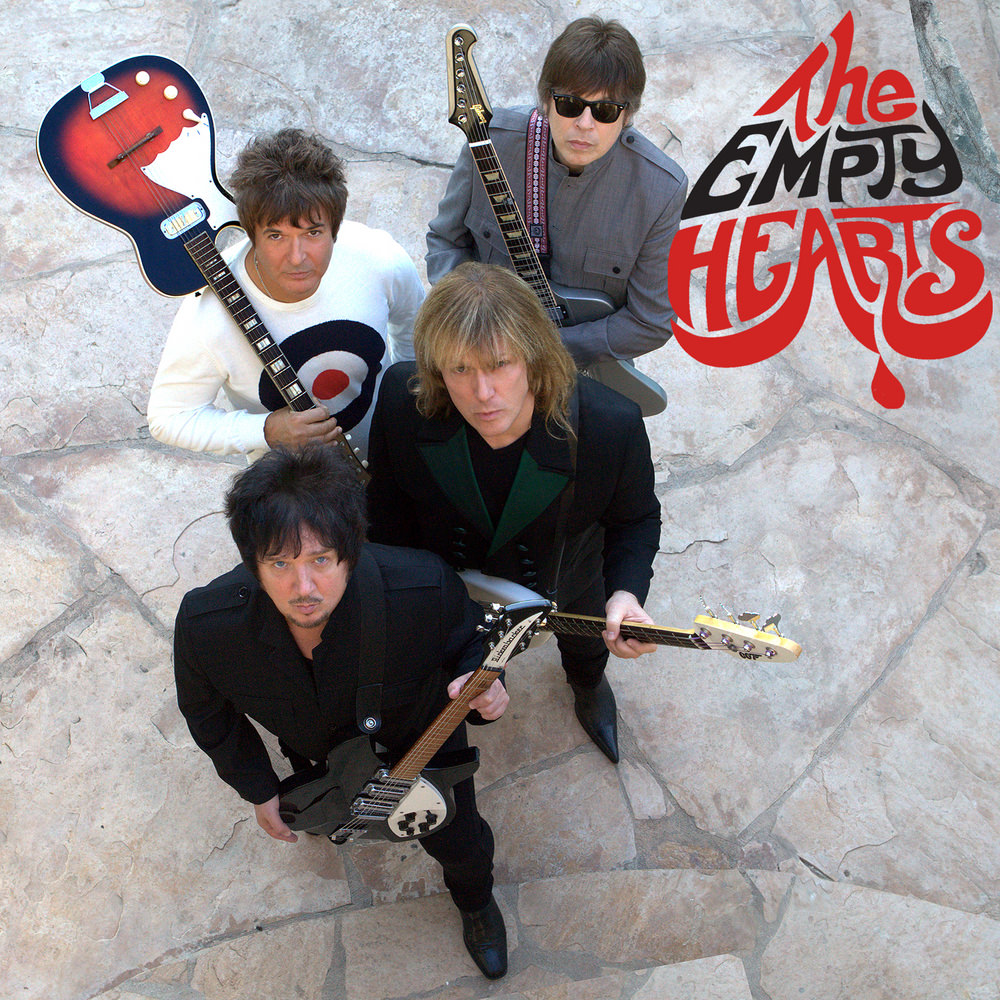 Available in 44.1 kHz / 24-bit AIFF, FLAC audio formats
"The shared love of influences and bond between the musicians is felt in the quality of music expressed on the record. Classic gear, addictive songs and tasty strumming abounds ..." - Something Else! The Empty Hearts is a modern-day supergroup consisting of Elliot Easton from The Cars on lead guitar, Rock and Roll Hall of Fame member Clem Burke from Blondie on drums, Romantics lead singer Wally Palmar and Chesterfield Kings bassist Andy Babiuk. Co-produced by the band and veteran producer Ed Stasium, the self-titled debut album is a raucous collection of tunes with each player’s rock ‘n’ roll stripes on display: a sound shaped by influences which span decades and include 1950s American roots rock ‘n’ roll, 1960s British invasion and 1970s garage punk. Hall of Fame keyboardist Ian McLagan from The Faces sits in on Hammond organ and Wurlitzer on this 2014 release. The members of the Empty Hearts, a name coined by Little Steven from his secret list of unused band names, all came of age in the 1970s and 1980s music scenes and play by a DIY punk rock code of ethics. "... common influences brought us together. We’re survivors and lifers of rock ‘n’ roll. We take from everything that’s come before musically. A lot of people have never heard or seen a band like this. There’s a freshness to it, at the same time as it’s a recollection of the past.” - Clem Burke
44.1 kHz / 24-bit PCM – 429 Records Studio Masters