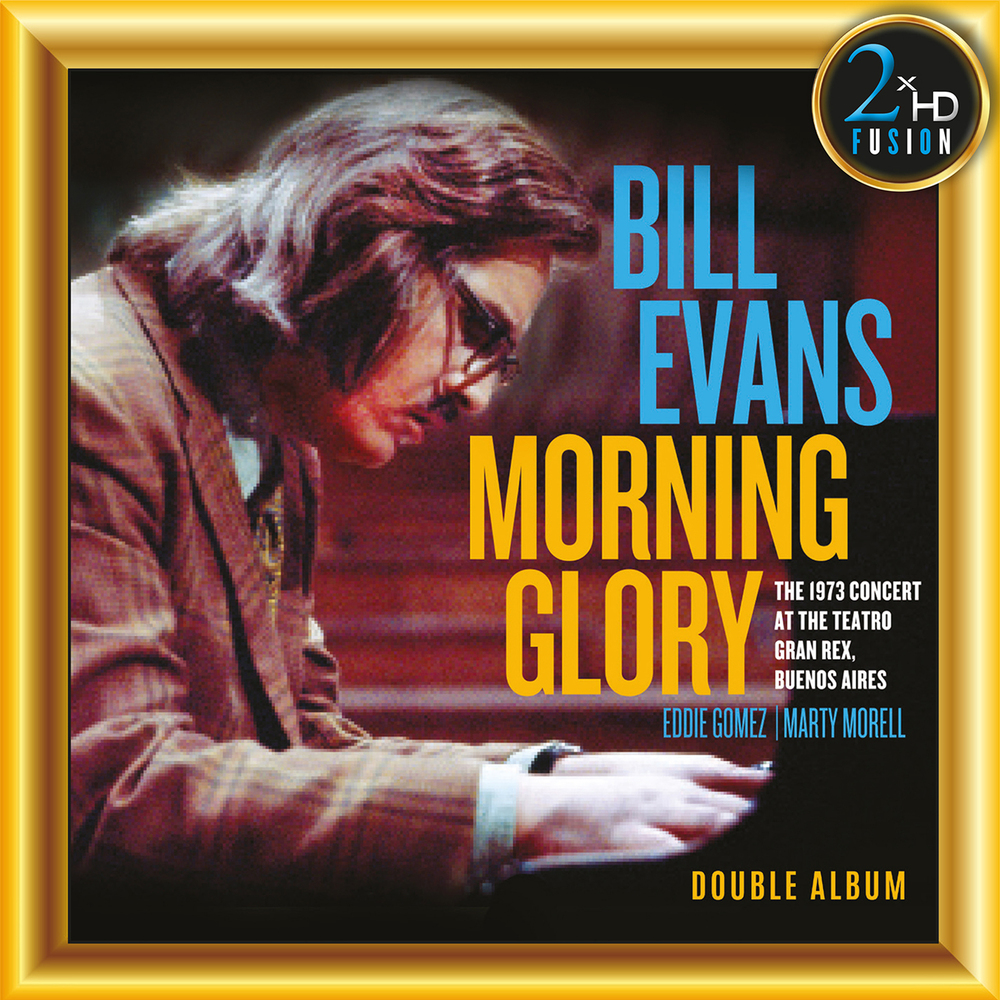 Available in 352.8 kHz / 24-bit, 192 kHz / 24-bit, 96 kHz / 24-bit AIFF, FLAC and 11.2896 MHz, 5.6448 MHz DSD high resolution audio formats
Morning Glory: The 1973 Concert at the Teatro Gran Rex, Buenos Aires is the first official release of pianist Bill Evans with Eddie Gomez and Marty Morell captured live at the Teatro Gran Rex in Buenos Aires, Argentina on June 24, 1973. Remastered from the original concert tape reels and in cooperation with the Bill Evans Estate, this deluxe 2-disc concert recording is available officially for the very first time and is the companion piece to the release of Inner Spirit: The 1979 Concert at the Teatro General San Martín Concert, Buenos Aires with Marc Johnson and Joe LaBarbera. The release also features 2xHD's patented, state of the art analog remastering and high-fidelity digital transfer. It is the most accurate and the most musical mastering system available today, earning recognition from peers and from the specialized trade publications around the world.
352.8 kHz / 24-bit, 192 kHz / 24-bit, 96 kHz / 24-bit PCM and 11.2896 MHz, 5.6448 MHz DSD – 2xHD Studio Masters