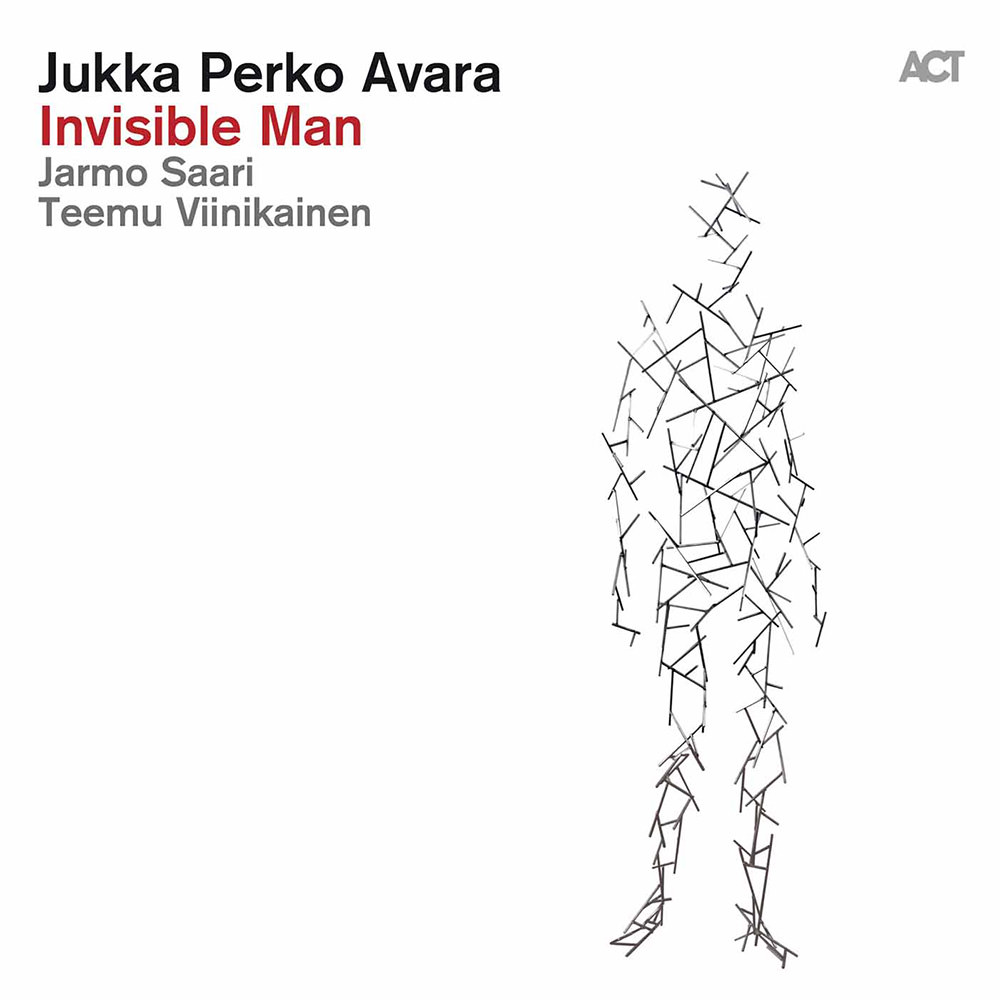 Available in 88.2 kHz / 24-bit AIFF, FLAC high resolution audio formats
"Five Stars ... bright lines and accompaniment from Viinikainen's acoustic guitar, complex and colourful support from Saari's electric guitar, fronted by Perko's mellow saxophone lead ... most pieces here are neatly constructed around the various tonalities of the three instrumentalists ... with such a range of experience and depth of approach, it could be that these mellow but joyful instrumental pieces will appeal to fans of both Bacharach as well as Captain Beefheart." - All About Jazz The first thing that stands out about Jukka Perko's instrumental trio Avara is its unusual lineup: saxophone, acoustic guitar and electric guitar. While that might seem an outlandish combination, the harmonic inventiveness and the lyricism on Invisible Man are often so completely jaw-dropping, one wonders why it isn’t tried more often. The sound of the group is surprisingly dense for just three players, with each of the constituent voices supporting and complementing the others. Elegiac soundscapes reach out into the distance, evocatively shot through with sudden momentary flashes. The prevailing mood might be Finnish-melancholic but there is always a glimmer of hope. Rather than needing to be loud to establish its presence, this music defines itself with a quiet strength all its own.
88.2 kHz / 24-bit PCM – ACT Music and Vision Studio Masters