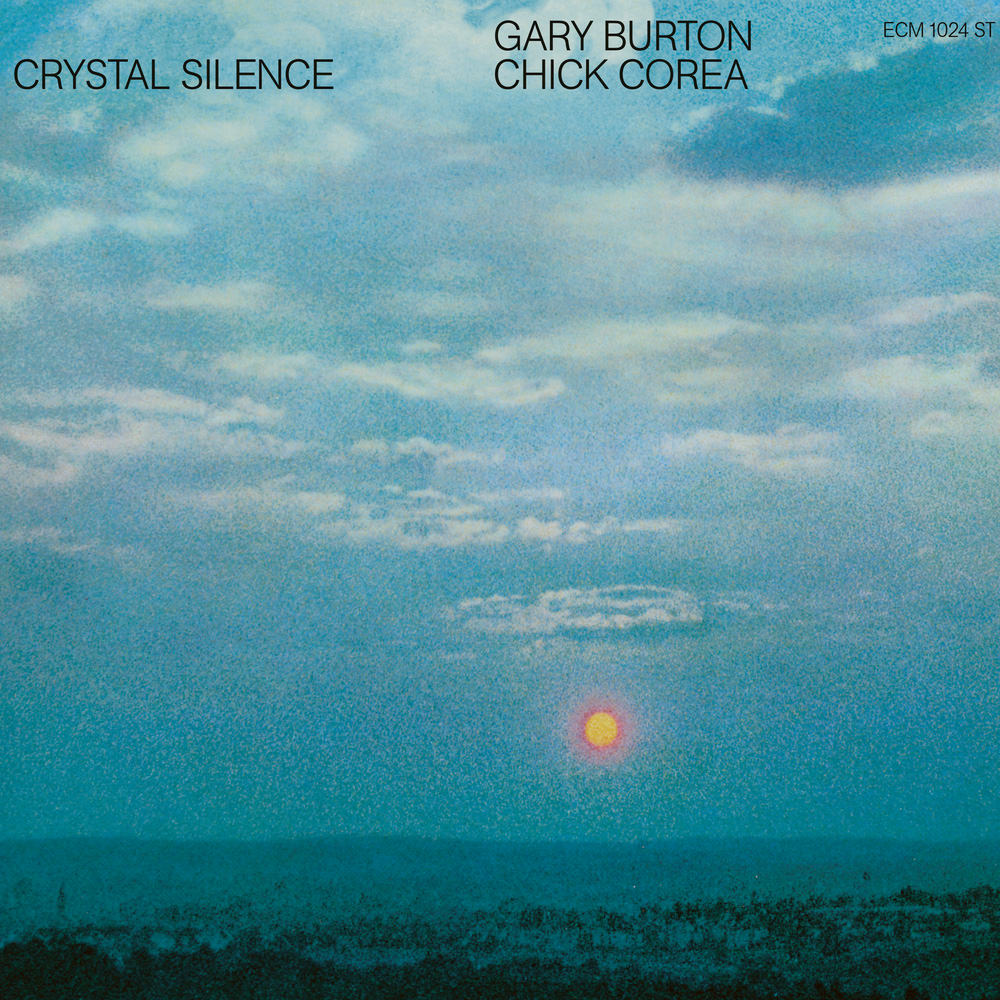 Available in 96 kHz / 24-bit AIFF, FLAC high resolution audio formats
Billboard Jazz Albums - #24, 1974 "... sets the direction for all of the duo's ECM recordings ... the opening Señor Mouse also sets high expectations for what was to follow: instant evidence of a duo whose chordal instruments not only don't get in each other's way, but which mesh into a mini-orchestra of sorts, covering three essential components: melody, harmony/accompaniment and rhythm, while seamlessly tossing them around like a kind of musical tag team ... the result is music that may be of a chamber jazz variety and certainly goes to gentler places, but is equally capable of terrific energy and excitement." - All About Jazz Released in 1973, Crystal Silence heralded the beginning of a long and productive association between Gary Burton and Chick Corea, even leading to a Crystal Silence sequel in 2008. The popularity of their collaboration far exceeded expectations for interest in a band consisting solely of piano and vibraphone; in fact Crystal Silence has gone on to become one of the most successful titles in the ECM catalogue.
96 kHz / 24-bit PCM – ECM Records Studio Masters