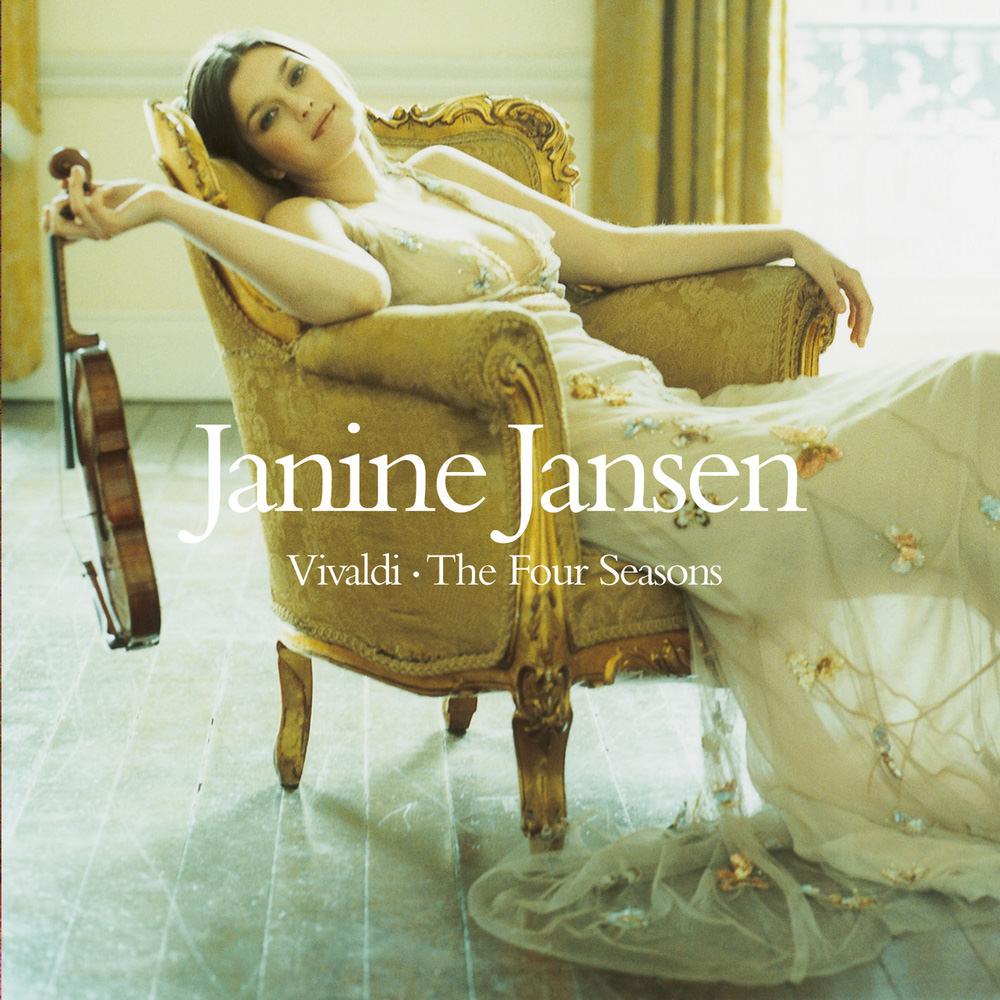 Available in 96 kHz / 24-bit AIFF, FLAC high resolution audio formats
"Jansen plays the solo violin part brilliantly and fairly straightforwardly with minimal vibrato ... crisp, dynamic playing of the soloist and accompanying ensemble ... a lot of fun ..." - Fanfare "Wonderful performance in better-than-the-CD sound ... her Vivaldi rates with the best ... all very colourful ... I am glad to have it as her pyrotechnics are worth the price of admission alone ..." - Audiophile Audition "This is a delight with a seriousness of purpose ... Jansen and friends offer this ever-popular work in a cut-down, chamber version that grows on you with each listening. The playing is full of vigour and imagination and the sound merely adds to the appeal ... you're unlikely to resist Jansen's charms for long." - Gramophone "In a market as saturated as a British summer, Dutch violinist Janine Jansen brings a short burst of spring-like freshness to Vivaldi ... this version, however, is different with the orchestra pared down to single instruments and the solo part played stunningly well by this wonderful young Dutch violinist. The result is a zesty, vivid and colourful performance of great individuality and distinction." - Classic FM "Five Stars ... Jansen possesses the ideal combination of intonational purity and tonal allure and is beguilingly responsive to the music’s shifting moods, creating the uncanny impression of a series of vividly drawn characters passing before our eyes as we listen ... the recording possesses a seductive autumnal glow that bathes the listener in a stream of golden sound ... the benchmark has been raised just that bit higher." - BBC Music Magazine First released in 2005, this highly acclaimed sophomore album from Dutch violinist Janine Jansen proved to be her international breakthrough. Jansen is joined by a small group of talented musicians including her father Jan on harpsichord and organ and her cellist brother Maarten on unique chamber ensemble arrangements of Vivaldi's The Four Seasons.
96 kHz / 24-bit PCM – Decca/London Studio Masters