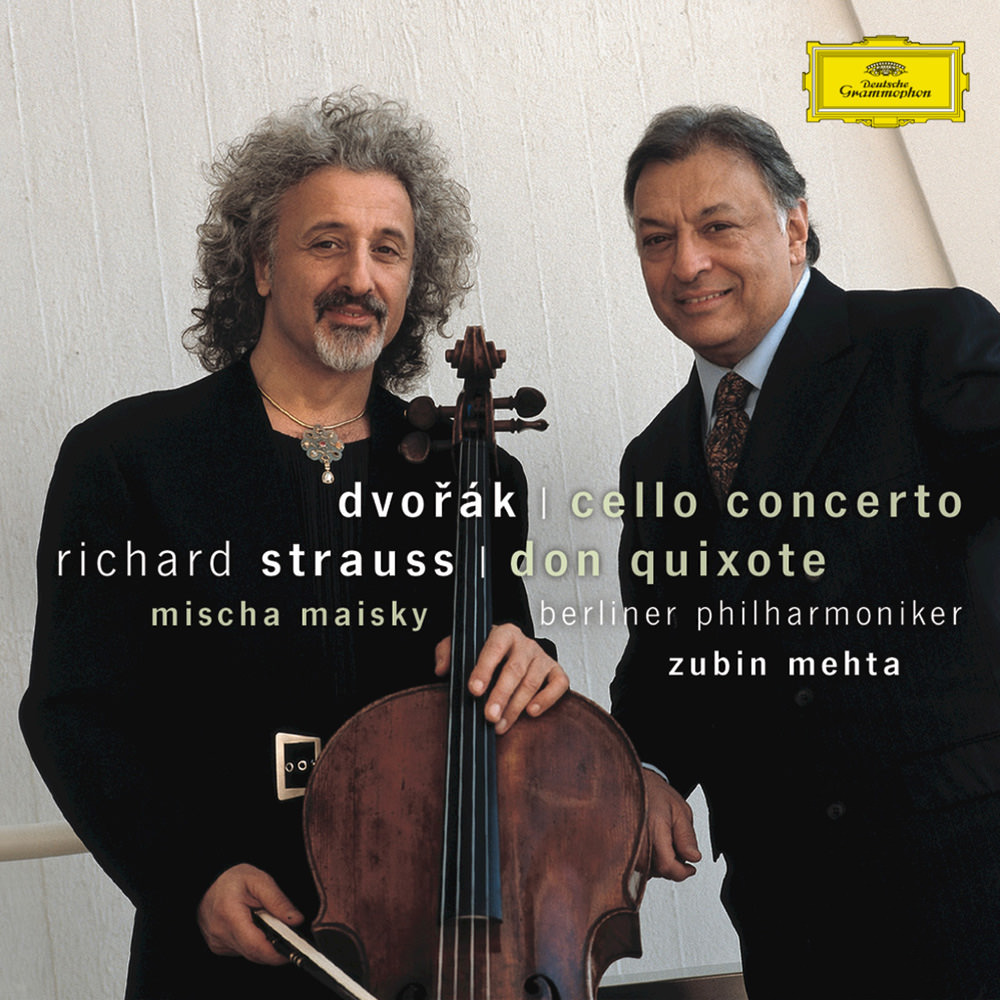 Available in 96 kHz / 24-bit AIFF, FLAC high resolution audio formats
"Maisky's firepower and musical range are remarkable ... the accompaniments are as classy and lustrous as anyone could expect." - Classic FM "Maisky gives a very warm, sympathetic and moving account of the Don, the engineers have captured the Berlin Philharmonic's sound in luminous detail and Mehta whips the orchestra up into fine frenzy in Strauss's whirlwind passages ... a superb CD ... a fine new recording of Dvořák's Cello Concerto ... an outstanding new Don Quixote, which, to me, is always welcome. Add excellent sound ... a combination that's hard to beat." - Fanfare Nicknamed the "Rostropovich of the future" after making his debut in the 1960s, award-winning cellist Mischa Maisky has gone on to perform and record with some of the world's greatest orchestras and conductors, as he does on this 2004 release. Maisky joins Zubin Mehta and the Berliner Philharmoniker on Dvořák's landmark Cello Concerto and Strauss's epic tone poem Don Quixote, two showcases for Maisky's instrument captured in sound described as "luminous" by Fanfare.
96 kHz / 24-bit PCM – DG CD Studio Masters