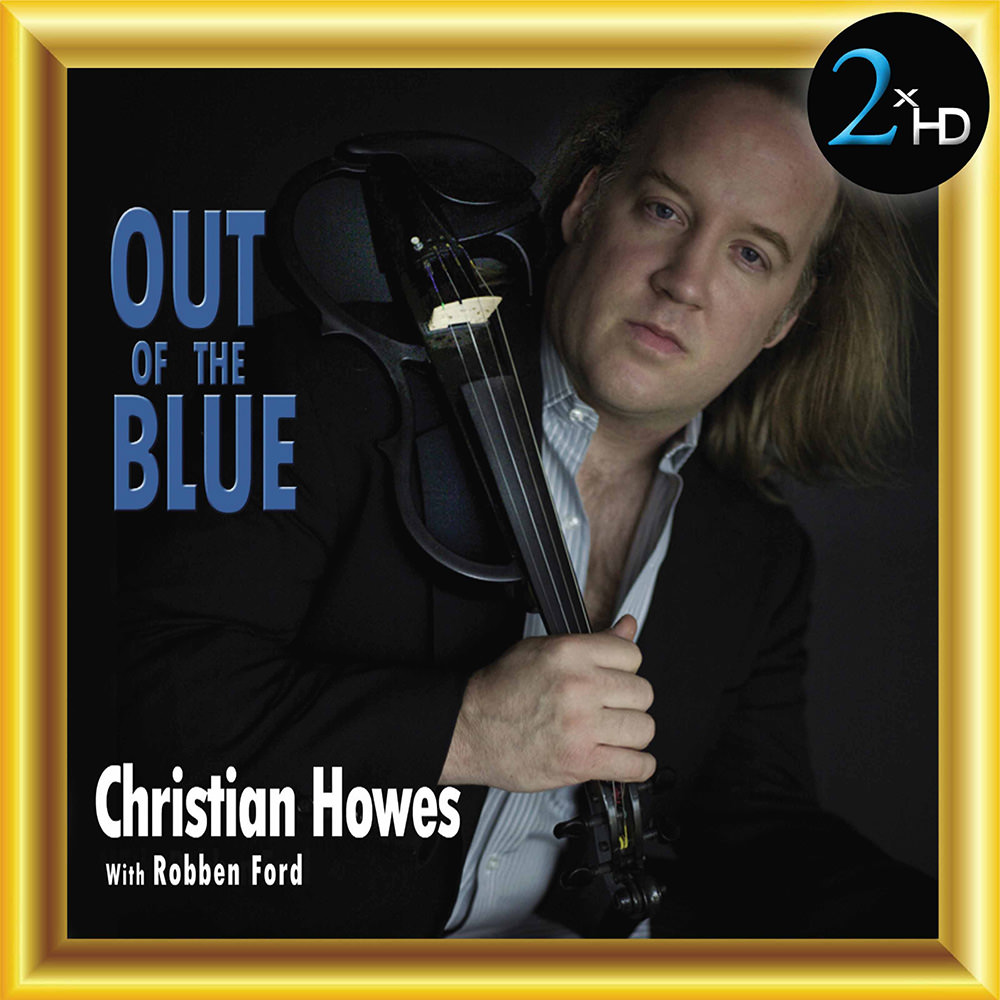 Out of the Blue

Available in 44.1 kHz / 24-bit AIFF, FLAC audio formats
"A joyous spirit pervades the music ... the sum of the parts is most pleasing but, nevertheless, Howes emerges as an outstanding talent, playing at dizzying heights which place him alongside Smith, Venuti, Stephane Grappelli and the great blues fiddlers like Don 'Sugarcane' Harris and Clarence 'Gatemouth' Brown, as one of the very finest violinists of this, or any other, era." - All About Jazz For more than 20 years, renowned violinist and composer Christian Howes has been powerfully moving audiences all over the world as an artist with a distinctly American voice, forging ground at the intersections of jazz, classical and world music. On this album, first released in 2010, Howes meets master blues guitarist Robben Ford at the crossroads. The two headliners are backed by a superb band featuring former Ray Charles organist and pianist Bobby Floyd, Grammy-nominated bassist Kevin Axt, Spyro Gyra drummer Joel Rosenblatt and jazz vocalist Sharon Hendrix.
44.1 kHz / 24-bit PCM – 2xHD Studio Masters

2xHD is a record label which uses its proprietary system to process music masters originally recorded in analogue or DSD or other format, to DSD in order to produce a unique listening experience. The process uses a selection from a pool of high end audiophile components and connectors. In some cases even using battery power, so as to benefit from the cleanest power source possible. This variable equipment combination, custom tailored to each project, creates the most accurate reproduction of the original recording, unveiling information previously masked by the use of EQ, transformers, patch bays, extended cable length, etc. The selection of components is critical, as many A/D and D/A converters are unable to pierce through these filters that create a ceiling effect to the sound. The 2xHD system preserves the dynamics of the original master and provides an open feeling to the sound. 2xHD mastering: René Laflamme and André Perry 2xHD executive producer: André Perry