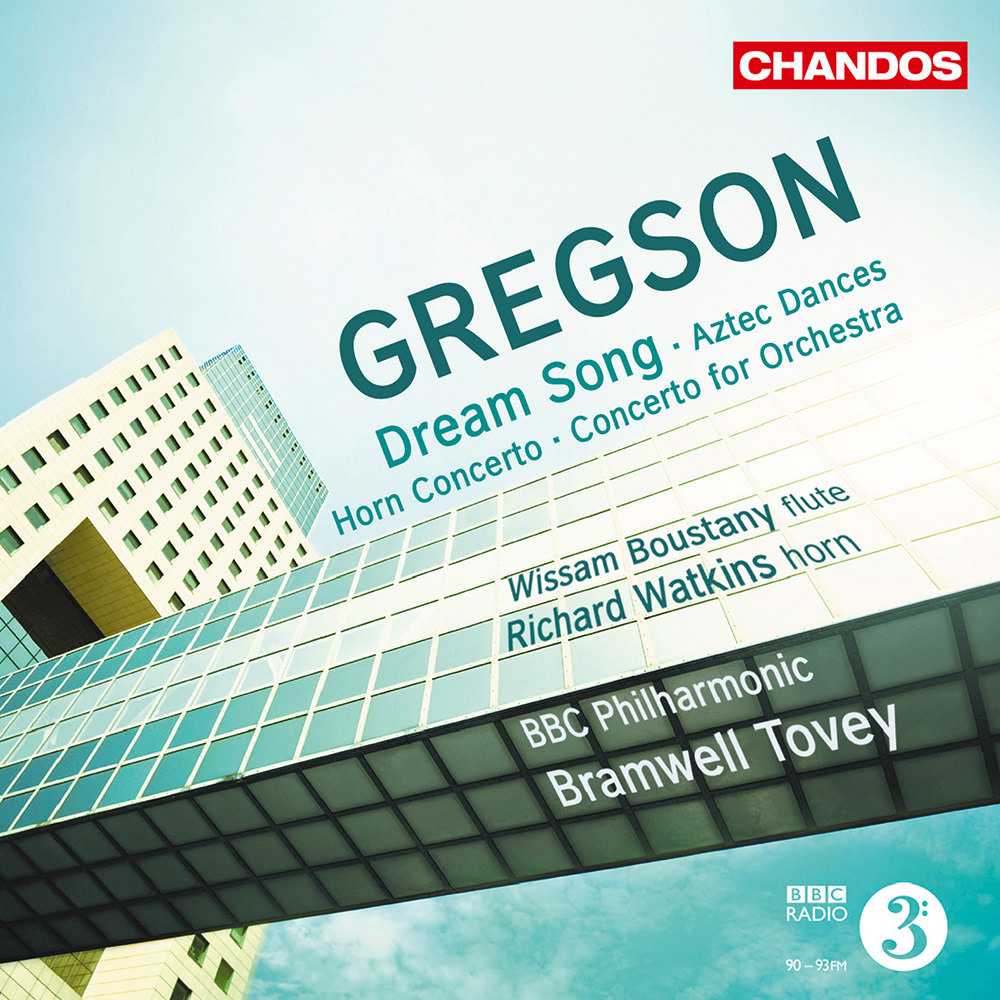 Available in 96 kHz / 24-bit AIFF, FLAC high resolution audio formats
Edward Gregson is one of Britain’s most versatile and prolific composers, his approachable and engaging music having gained recognition worldwide. With the BBC Philharmonic, Bramwell Tovey conducts works on this 2014 release that take inspiration from an array of musical and extra-musical sources, revealing the breadth of Gregson’s musical imagination. Dream Song was commissioned to share a concert programme with Mahler’s Symphony No. 6, the essence of Mahler pervading the whole of this work which aims to create a parallel musical world to that of the symphony. The Horn Concerto, originally written in 1971 for soloist with brass band, is heard here in a 2013 orchestral arrangement performed by leading horn player Richard Watkins. Each of the concerto’s three movements displays a different facet of the French horn’s character: serious, lyrical and playful.
96 kHz / 24-bit PCM – Chandos Studio Masters