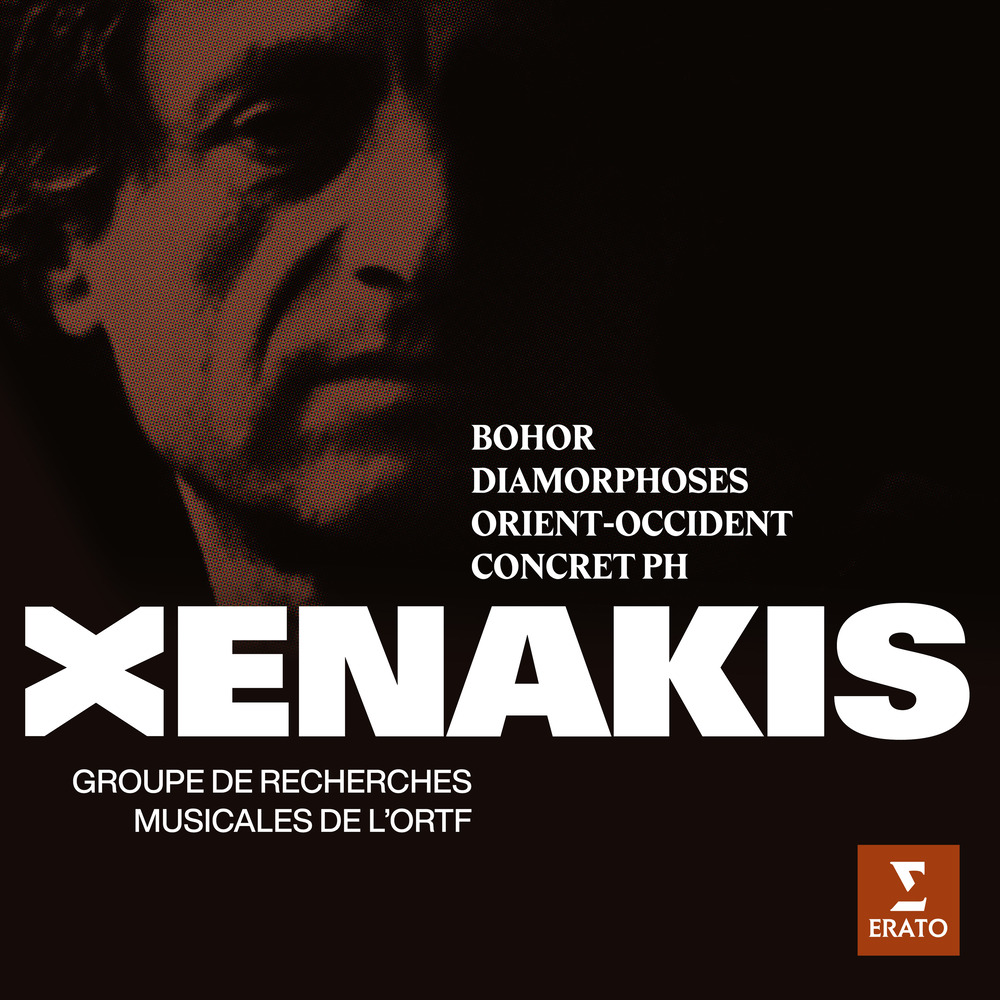 Available in MQA and 192 kHz / 24-bit, 96 kHz / 24-bit AIFF, FLAC high resolution audio formats
Iannis Xenakis’ commitment to musique concrete is a lesser-known aspect of his work but had a decisive influence on many composers. He notably worked with Pierre Schaeffer’s Groupe de recherches musicales (GRM) at the French national radio at the end of the 50s and created memorable electroacoustic works, first put on record a few years later, and which we have digitized and remastered in high resolution! This album includes Diamorphoses (his first work on tape) and the short Concret PH, with audio samples coming the sound of burning charcoal. It was composed for the Philips Pavilion at the 1958 World’s Fair, which Xenakis designed as an architect. Orient-Occident was commissioned by UNESCO for a short movie about an exhibition of Greek art. As for Bohor, its 1968 performance in Paris was an absolute scandal that lastingly left its mark in the musical avant-garde microcosm!
192 kHz / 24-bit, 96 kHz / 24-bit PCM – Warner Classics Studio Masters