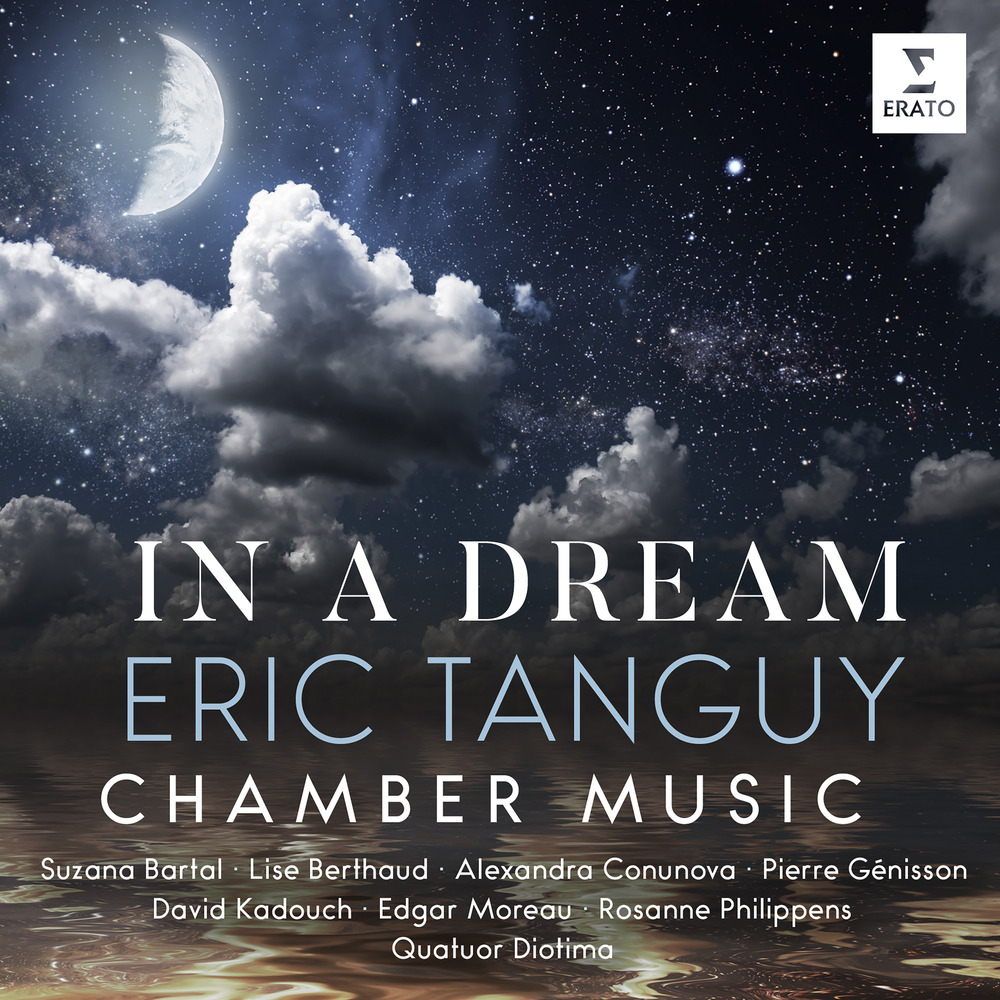 Tanguy: In a Dream

Available in MQA and 96 kHz / 24-bit AIFF, FLAC high resolution audio formats
Eric Tanguy’s focus on “imagination, poetry and an interior world” has helped to make him one of the most widely performed French composers of today. Belonging in a line that leads back from his mentor Henri Dutilleux to Messiaen and Debussy, he does not identify with any specific ‘school’ of composition. His aesthetic has also been shaped by the music of Sibelius and his technique is characterised by intricate use of modes. “There is rigour and purpose behind my music,” he says, but I don’t expect the listener to have to decode it … It’s the feeling that matters.” The album In a Dream takes its title from a piece for violin and piano, one of the eight chamber works on its programme. Composed between 1999 and 2019, they are performed here by violinists Alexandra Conunova and Rosanne Philippens, viola-player Lise Berthaud, cellist Edgar Moreau, clarinettist Pierre Génisson, pianists Suzana Bartal and David Kadouch, and string ensemble Quatuor Diotima.
96 kHz / 24-bit PCM – Warner Classics Studio Masters