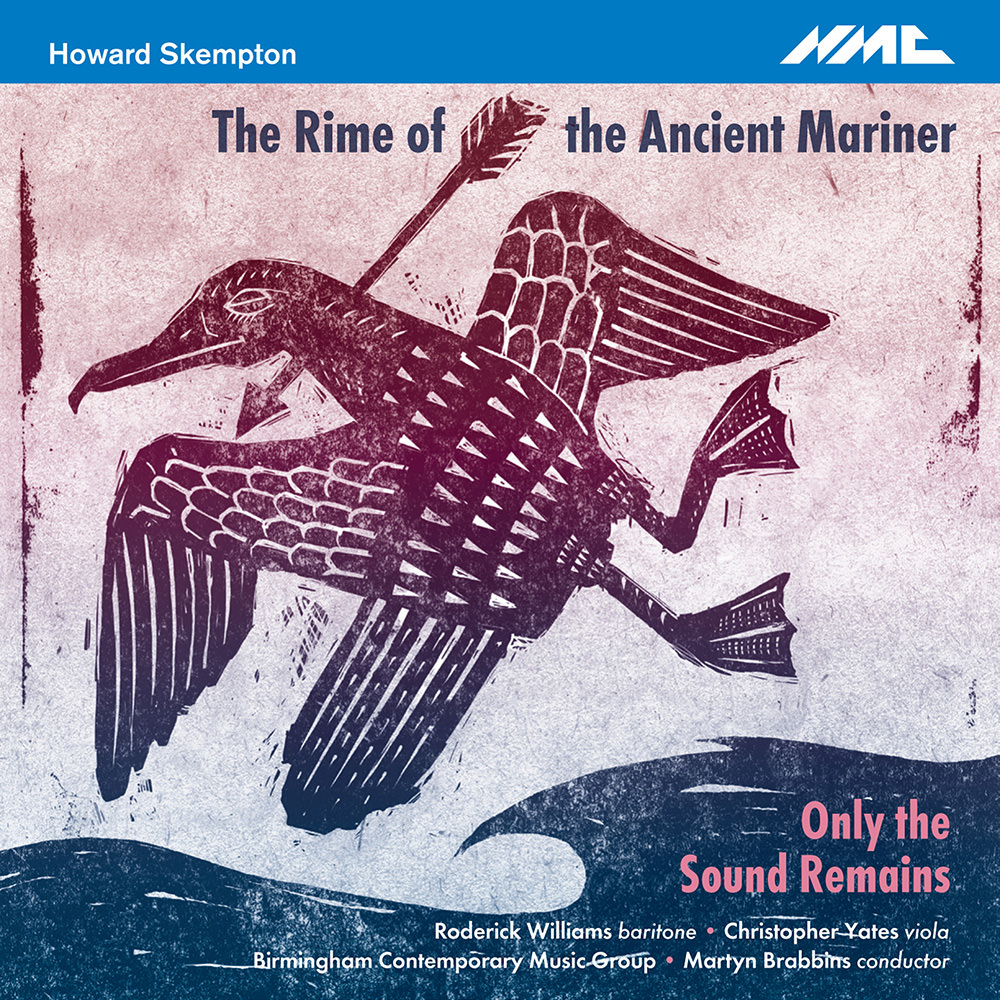 Howard Skempton: The Rime of the Ancient Mariner

Available in 88.2 kHz / 24-bit AIFF, FLAC high resolution audio formats
Martyn Brabbins conducts the Birmingham Contemporary Music Group on premiere recordings of two recent pieces by one of Britain's finest living composers. Perfectly crafted, deceptively simplistic and distinctively individual, Howard Skempton's works have a sound world all their own. This album vividly displays his experimental yet sonorous and tonal music as Skempton takes on Coleridge's poem The Rime of the Ancient Mariner and brings it to life, using solo baritone voice and a small chamber ensemble. The result is a stunning, dark and hypnotic journey led by the almost constant, magnetic presence of Roderick Williams, for whose voice and dramatic capabilities the piece was conceived. Only the Sound Remains takes its name from the opening line of The Mill-Water by English poet Edward Thomas and is an evocation of loss and decay, where textures and melodies mysteriously recur, while others simply fade beautifully out of aural reach. It is written for 16 players including solo viola, performed here by Christopher Yates.
88.2 kHz / 24-bit PCM – NMC Recordings Studio Masters