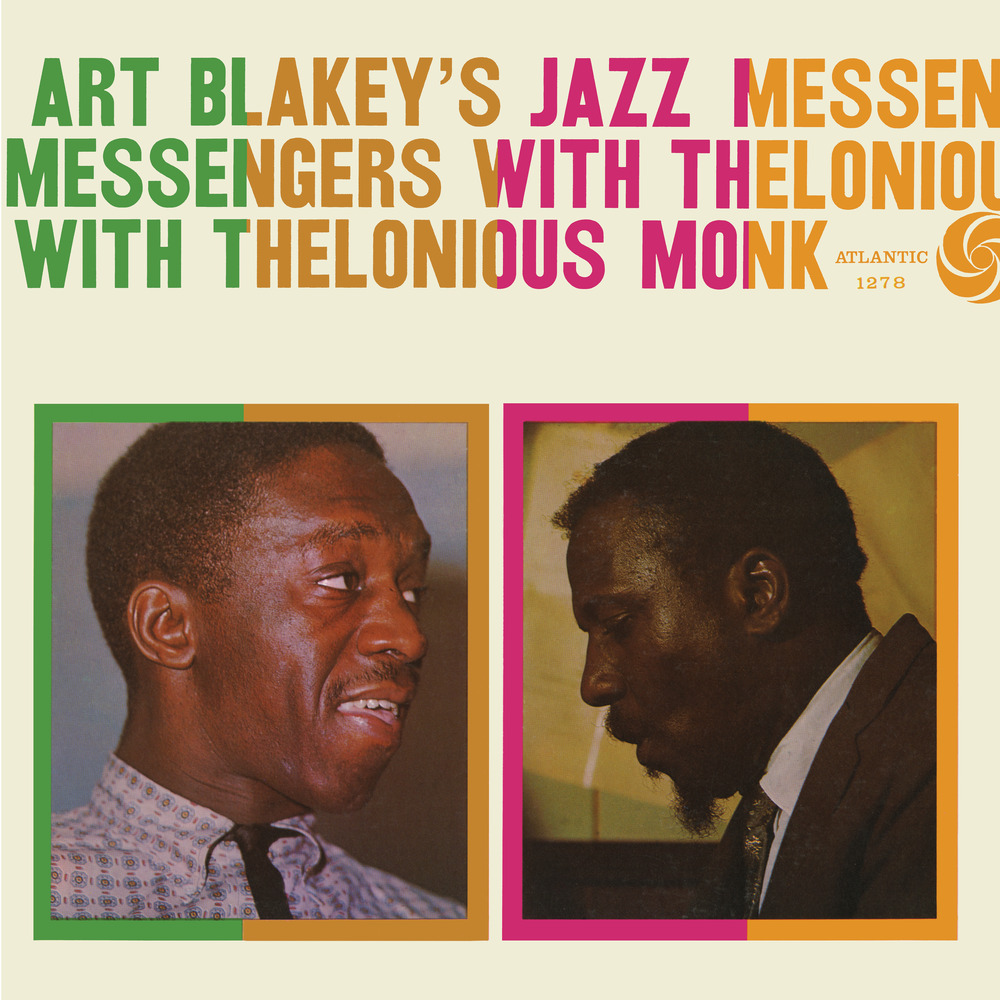 Available in MQA and 96 kHz / 24-bit AIFF, FLAC high resolution audio formats
Rhino Entertainment Company presents an all-new 2022 remaster of Art Blakey's Jazz Messengers with Thelonious Monk, a collaboration between the Jazz Messengers, the group led by drummer Art Blakey, and Thelonious Monk on piano which was originally released in 1958 on Atlantic Records. Throughout the preceding decade, on sessions for both Blue Note and Riverside, Blakey had supported Monk on various occasions. Monk returned the favor on this one-off session for Atlantic. Blakey was on the verge of beginning a long-term contract with Blue Note, while Monk was in the middle of his stay on Riverside. One month after these recordings, Monk would begin his summer and autumn residency at the Five Spot on Cooper Square after regaining his cabaret card, without which he had been barred from playing in most of New York City's clubs. Monk's quartet featuring John Coltrane at that residency would bring Monk fame beyond the inner circle of jazz aficionados. Atlantic released this album over a year after it was recorded, thereby capitalizing on Monk's increased visibility. This was the first album featuring Monk to be recorded in stereo; its sessions preceded the Riverside album Monk's Music by roughly 5 weeks.
96 kHz / 24-bit PCM – Rhino Atlantic Studio Masters