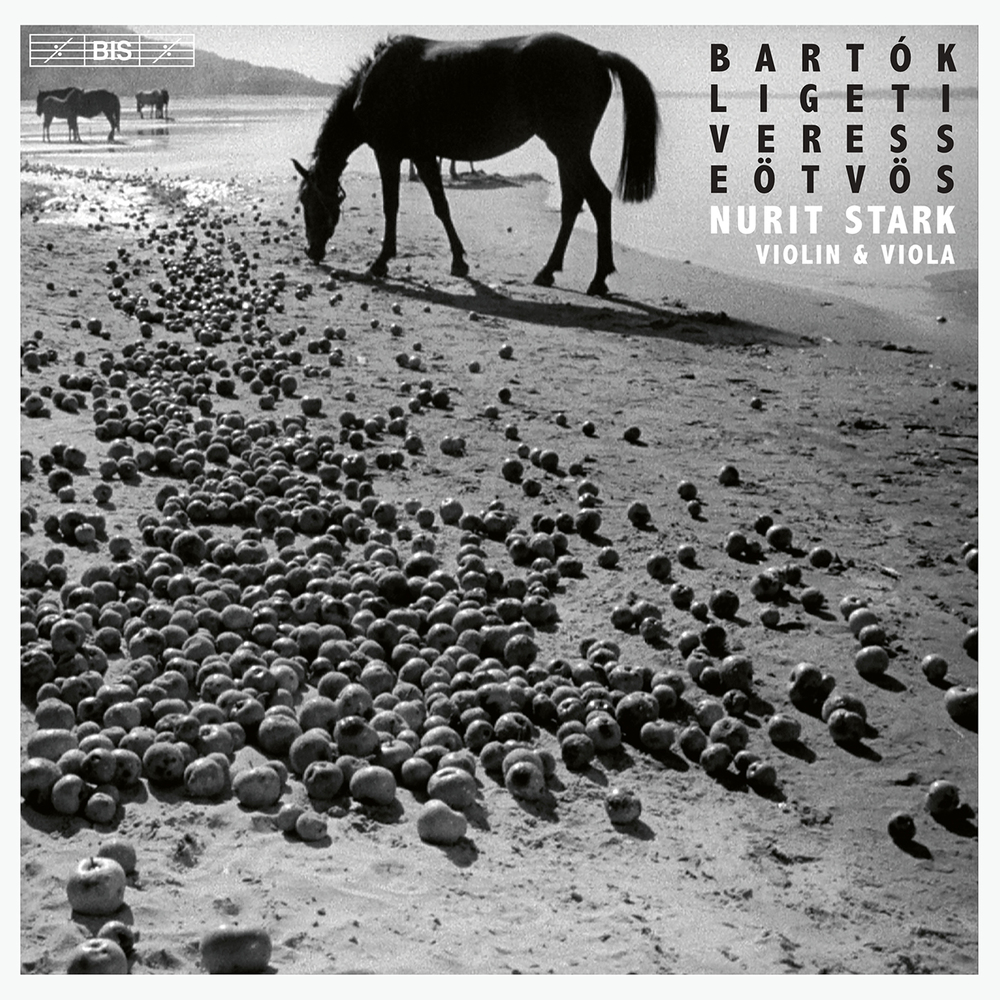 Bartók, Ligeti and Others: Works for Violin & Viola

Available in 96 kHz / 24-bit AIFF, FLAC high resolution audio formats
The works on this album were written between 1935 and 2019 by four Hungarian composers: Béla Bartók, who was the teacher of Sándor Veress, who taught György Ligeti, who in turn was an early but formative influence on Péter Eötvös. Their compositions all share the idea of a dialogue between cultured and popular elements, between a Western music tradition and folk music, particularly of Eastern Europe. This idea was formulated in the early 20th century by Bartók himself, who considered the use of folk elements in a piece of art music not only as a tool to revitalize the Classical tradition but also as a mean to unite different cultures. In the works recorded here, the dialogue is manifested in various ways, for instance through references to Baroque idioms and forms as well as folk styles in the solo sonatas by Bartók and Ligeti. In the case of Adventures of the Dominant Seventh Chord by Péter Eötvös it is the dominant seventh chord that stands as a symbol of Western tonality. Recurring frequently, the chord never reaches the expected resolution, however – instead it is confronted with non-tonal materials inspired by the folk music of Eastern Europe. Based in Germany, the violinist Nurit Stark was born in Israel into a family which hails from Romania. Peter Eötvös’s work – which was written for her – therefore provides the perfect ending to this very personal project, dealing with the ability of music to cross cultural, geographical and ideological borders.
96 kHz / 24-bit PCM – BIS Records Studio Masters