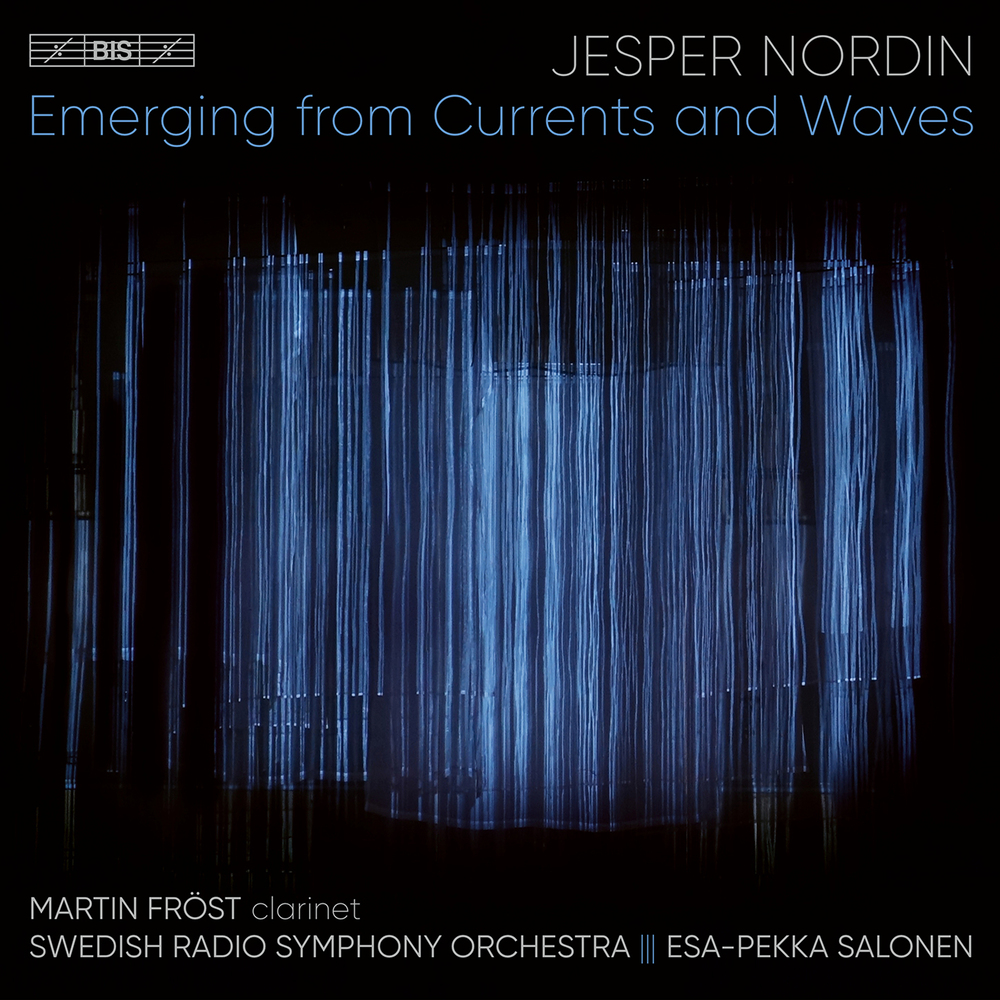 Available in 48 kHz / 24-bit AIFF, FLAC audio formats
‘The fantastic thing about art and music is that one can pose questions and conjure up visions at the same time.’ The words are those of the Swedish composer Jesper Nordin, who does exactly that in "Emerging from Currents and Waves". A large-scale work for orchestra, clarinet soloist, conductor and live electronics, Emerging… is a collaboration between Nordin, Martin Fröst and Esa-Pekka Salonen. All three are interested in how new technology can – and will – influence art and artistic expression, and in exploring the intersection of mankind, music and technology. "Emerging from Currents and Waves" is in three parts, with the clarinet concerto Emerging at its centre. In the work the electronic and the acoustic world meet on an equal footing. The sound of the live orchestra is recorded in real time, sampled, treated and played back, in processes that are controlled by both soloist and conductor with the help of motion sensors. The technology used for this is Gestrument (from ‘gesture’ and ‘instrument’), originally invented by Nordin as a tool for composition, but which here is used rather as an instrument. The present recording was made at the first performance of the work, in Stockholm’s Berwaldhallen during the 2018 Baltic Sea Festival. In concert a visual element was added as images generated by the electronic music-making were projected onto several layers of transparent fabrics forming a specially designed sculpture that hovered above the orchestra.
48 kHz / 24-bit PCM – BIS Records Studio Masters